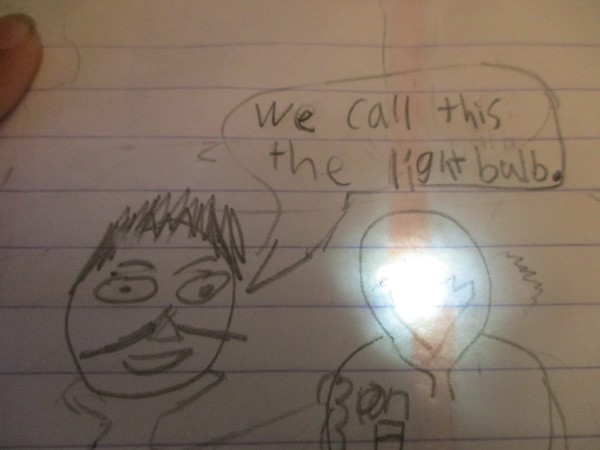 Jack was walking in the big park when he saw something rise out of the grassy ground. He recognized what it was immediately. It was a nether portal from Minecraft. He had never been through a nether portal in Minecraft but he always wanted to.

He walked through. Jack found himself in another city. He was in a loud party under a tall tower. He soon he realized it was the Eiffel Tower and he was in the past.

Jack wanted to go back home but the portal was broken. Jack didn’t know what to do. He sat down on the sidewalk to think.

He saw a familiar face not far away. It was Thomas Edison. Jack went up to him and said he was from the future and that he came here by a portal. Jack asked, “Do you know how I can get back?” Thomas said he had heard legends about this. Then he said, “To get back, you must take my light bulb to the place where your portal got destroyed. Then turn it on.”

Jack did what he was told. When he turned on the light bulb, there was a bright flash of light. Jack was blinded for a moment. Jack found himself back in the big park. It was the same time as when he left. Jack went home with a story to tell.