I was shocked when the cow started talking to me. The conversation went something like… 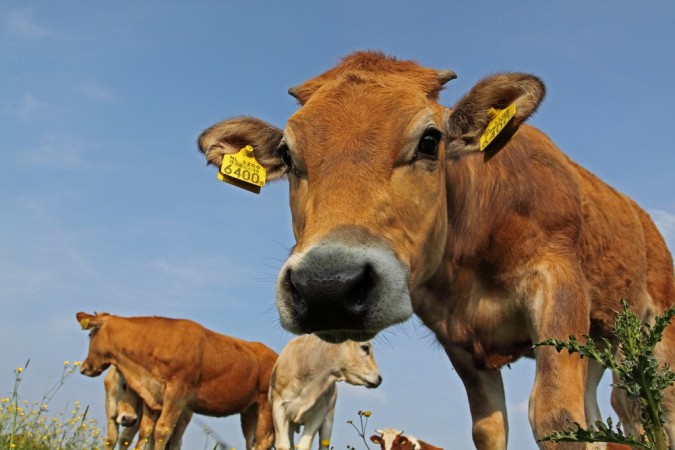 Roger VIII was on his way to his grandpa’s farm. It was in Kansas, in some city nobody had ever heard of. Roger was from New York City, so he wasn’t used to the rural countryside of Kansas. His grandpa Roger VI was a farmer who had dozens of farm animals. Unfortunately, he had the smallest farm in all of Kansas. So Roger wasn’t too happy when his parents told him that he had to spend his summer vacation in Kansas while they were going to Hawaii. When Roger finally got to the farm, nobody was there. There was no farmer grandpa anywhere in sight. ‘Huh’ thought Roger. He started going around the farm. Suddenly, he spotted a brown animal with tiny horns. ‘OMG!!! IS THAT A COW????? I THOUGHT THOSE ONLY EXISTED IN FAIRY TALES!!!!’ The cow walked up to Roger and started eating the grass right at his feet, also eating his shoelaces in the process. “Hey! Stop eating my feet!” Roger exclaimed. “No” said the cow. “AAAAAAAAAAAAAAAH!!!!!!!” screamed Roger. “YOU TALKED!” “Yeah. So?” asked the cow. “B-b-b-but how??” “Didn’t you know that all cows can talk?” said the cow. Then Roger fainted.