Getting my first pet!! 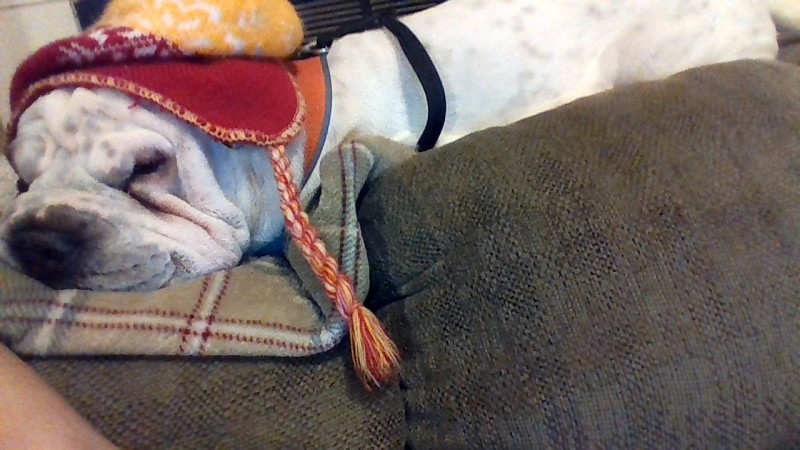 Getting my first pet!! It started when my mom and dad surprised us and said that we are  going to go look for a pet. We wanted a bulldog. We went to so many places and we could not find one:( About a month later… We found a perfect bulldog and it had 2 brothers and 1 sister, It was a boy!! But someone from New York  already bought  him and his brothers:( So we all said we want to go and see their sister named Sofia. We met up with them at Lowe’s. We loved Sofia!!! My mom went and picked her up like 2 weeks later! I was in first grade when we got her I was so exited that day!! When we got home my sister’s friend came over and we all held Sofia!! My mom did not like the name Sofia so we renamed her Gamgee from the Lord of the Rings a character name Sam Wise Gamgee!!!  We found out that she was a Shar Pei Mixed with a Bulldog!! She has spots all over her and she has a brown patch by her eye!! We love Gamgee and her birthday is January 4th. She is an amazing dog and she is 4 years old!!! Gamgee is amazing!!!