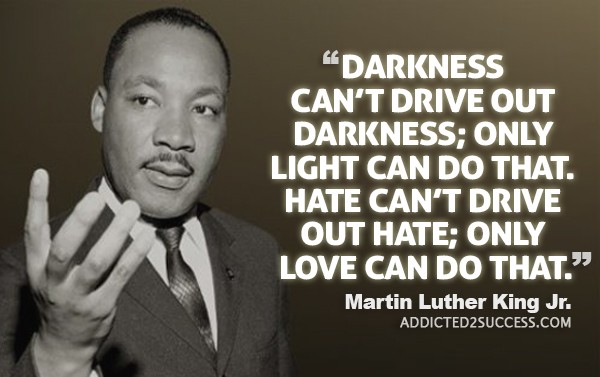 In his letter from Birmingham Jail, Martin Luther King Jr. wrote “Shallow understanding from people of good will is more frustrating than absolute misunderstanding from people of ill will.” This is a quote that especially stood out to me whilst reading King’s letter. I personally haven’t had any major or specific moments in my own life where this has applied but it’s just something that resonated with me.

King was a pastor himself, and his letter was to his fellow clergymen, who were in part, responsible for him being put in prison. The only difference in King was a black pastor who was clearly very against segregation and spoke out about against it, where as the clergymen were all white, and didn’t have a problem or were afraid to speak out on segregation. It’s bad enough to have yo fight against an opposing side and have difficulty getting them to understand your side, but to have your associates and peers not listen to you is a different thing. King must’ve felt disappointed and frustrated beyond belief by not having the people around him not understand, especially because they themselves were pastors as well.

When the people with opposing ideals than you struggle or refuse to acknowledge or understand your point, it’s pretty typical. It’s expected. People that don’t agree with you should have to be thoroughly convinced to join your side, that means that you’ve proved and supported your point well and shown them why yours is better. But to have people that usually agree with you, and people that you think are your friends not understand or acknowledge your reasoning or points is devastating. You think that usually good people would be easy to persuade to your side but when it’s not, its frustrating.

This is going to be a quote that sticks with me for a long time because of the deep truth hidden behind King’s words that most people may just gloss over.