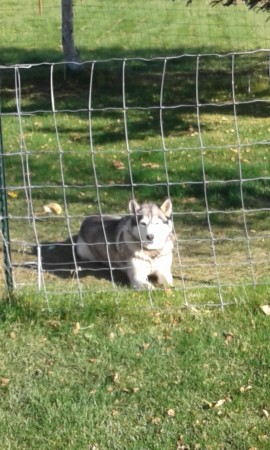 I have a dog, he is a husky. A one of a kind dog but he has a common husky name, and it is Kenai. When my family got him, my big sister didn’t ask my dad. She wanted another dog because we just lost our Pomeranian. When Kenai was a puppy he was beat by his former owners. That made him afraid of people, going in the house and of collars and leashes. When my sister left for collage and I was left with a dog afraid of me, and I had to train him out of it, but it took a long long time.

Four years later, he loves going for walks and he absolutely loves people, but of course that is all thanks to me! He is now the best dog in the world and I love him very much!