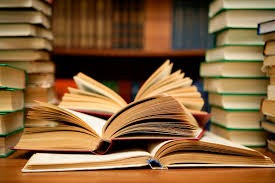 SUMMARY: “Etiquette & Espionage” by Gail Carriger is set in the 1800’s in England. However, it is not the 1800’s with which we today are familiar. Instead, there is more advanced technology incorporated into the traditional culture of that time period. The main character, Sophronia Temminnick, is a young teenager whose actions are not suitable for a girl her age. Her mother, exasperated with Sophronia’s carefree boyish ways, sends her to Mademoiselle Geraldine’s Finishing Academy for Young Ladies of Quality where she will learn to be proper. Sophronia is upset and unwilling to go, and she is comforted only by the fact that she may get kicked out if she does not meet the proper standards. The journey to the school is almost disastrous when flywaymen- pirates and thieves who man air dinghies and balloons- stop the carriage and search through the passengers’ luggage. It becomes obvious that they are searching for something important, and Sophronia is determined to find out what. When she and the other passengers, one of which is a friendly girl named Dimity, get to the school, Sophronia is shocked to see that the academy is actually a floating ship held by three balloons! She, Dimity, and the other passenger, Mademoiselle Geraldine (who is not the real Mademoiselle, but rather an impersonating girl named Monique), reach the airship by riding a werewolf, Captain Niall. Aboard the school, Sophronia is told that this finishing school is unique in that it is for learning espionage. After a few lessons, she discovers that she enjoys it, and all her former doubts vanish. With her new training, she begins to unravel the mystery of the object the flywaymen were searching for. Sophronia, true to form, starts breaking rules right away. She sneaks through the halls after curfew, goes to forbidden sections, and visits the sooties in the boiler room. There she meets Phineas B. Crow, better known as “Soap,” and begins to frequent that part of the ship. She occasionally brings other friends with her, and meets a small girl named Genevieve. Genevieve, or “Vieve,” as she prefers, dresses like a boy, is an engineering genius, and is the niece of one professor. Vieve tells her that the object the flywaymen were after is a prototype for a communication machine that would revolutionize messaging. Monique likely made a deal with someone in exchange for money but then hid the prototype so the finishing school would not find it. These actions cause a sticky mess and web of lies to arise and Sophronia aims to decipher them. With Dimity, Soap, and Vieve helping, Sophronia learns many dark secrets about the school, Monique, and the prototype.

MY EXPERIENCE: This book contains some characteristics that I most enjoy in novels: a historical setting, espionage, and supernatural creatures. It had me on the edge of my seat with every chapter as Sophronia discovered more about the mysteries of her school. The book is very well written with cleverly described situations. I think that a huge part of what made me love reading it so much is that the scenes are so realistic. I could picture exactly what was occurring because of the descriptive words. It made me wish that I could be with Sophronia on her night adventures, maneuvering her copious skirts around thin railings to get to her destination. I longed to sit in the classrooms and listen to the professors give interesting tactics for killing a man (macabre, I know, but very useful!) If I only had the chance to jump into any book I wanted to, this one would be high on my list. If you want to go on a trip with exciting adventures , then I give a very high recommendation to read “Etiquette & Espionage.’

BIG IDEA WORD: Gender. “Etiquette & Espionage” has an important message about gender, and specifically females. Because Mademoiselle Geraldine’s Academy is a school for all girls, they learn how to be both an intelligencer and a woman of society at the same time. The young ladies are taught to curtsy properly (with knives hidden in their skirts), serve tea (poisoned, of course), and many other necessary everyday tasks with clandestine activities incorporated. The book shows that men aren’t the only ones who can have important roles. Sophronia is a strong female character, even a heroin in some ways, as she proves time and time again that she is just as good as the guys.