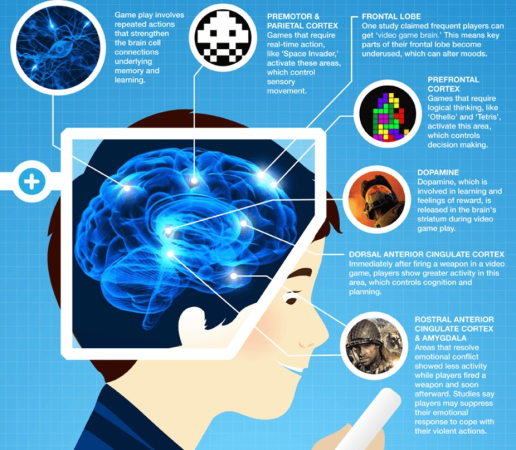 Lots of people that that video games are bad for you. They always say, “You’re gonna go blind staring at that screen all day.” But I am here to say that all of the people are wrong. As it turns out, many video games today are making people’s lives way better than before!

First of all, video games are able to help people who have had a stroke to recover. This has been proven by Debbie Rand of Tel Aviv University, by having people playing video games on the Xbox 360, PlayStation 3, and others like that. After the experiment, the video gamers were shown to have improvement in both grip and hand strength. They were also more motivated to do this, as the video games are more fun and entertaining then regular rehabilitation exercises. If it wasn’t for video games, these people would not have this fun and simple advantage.

Also, video games have the ability to slow down aging. This was discovered and proven by the University of Iowa, and is shown to slow down the speed of mental decay with the aging process. Some people were able to even reduce the decay of certain skill by up to seven years just by playing video games! Tell me that isn’t awesome.

After reading this post of mine, tell me what you think. Video Games: Good or Bad?