In what ways do people fail to understand your culture? 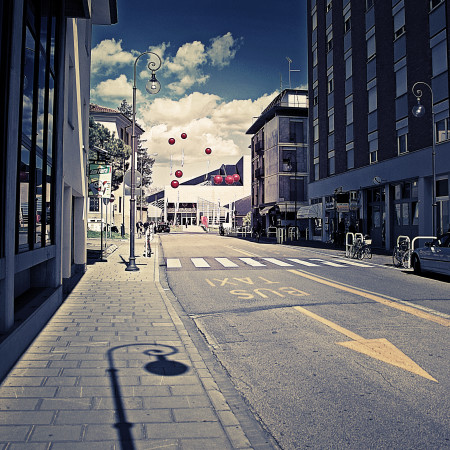 I feel people fail to understand my culture in many ways.  I am a 28 year old African American living in the 21st century.  Sports and entertainment has been dominated by African Americans for quite some time now.  From blues, jazz and hip hop, to soccer baseball and basketball, African Americans have thrived in sports and entertainment and have showed no signs of letting up.  However, just like any industry, there are a lot of downfalls.  There is a chance that you lose everything and there is a chance that you will make mistakes that cost you a whole lot.  When these unfortunate mishaps happen to African Americans, it is highly focused on and people then start to get the notion that all black people who are blessed with fortune, cannot maintain it.  I will agree a majority do go broke, however it is not just African Americans, it is every race.  Another way people fail to understand us is the way that we talk, otherwise known as “ebonics.”  It is improper english of course, however our culture is the only one who is highly criticized for it.  I personally feel it is because it has been adopted by mainstream pop culture.  Another way people fail to understand my culture is by the career choices.  People think African American parents only strive to have their child rap a lyric or handle a ball.  There are plenty of black entrepreneurs, artist, CEO’s, business owners, engineers, assemblymen, senators, teachers and much more.  African Americans aspire to be more than just athletes and music artist.  We have already major succeeded by putting a black man in the White House. Last but definitely not least, the misconception of violence and poverty.  When anything negative happens with blacks on the news, they always depict the suspect or victim with the worst picture possible.  They will put up a picture with them at a family gathering with a beer in their hand, or with more of their family and friends but label them as “thugs” because of the way they dress.  And whenever they intweview us, they always chose the most incapable subject to speak so that we all look this way.  I feel all cultures are mis represented and misunderstood, however I feel like African Americans are at the top of the list.