The Terror Under the Ocean! 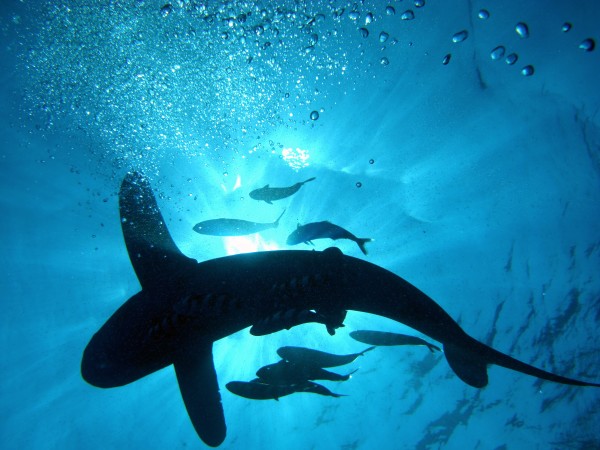 One day, in the deep scary ocean. Fish are everywhere but, that causes one problem sharks are always hunt at least ten fish per hour. They never stop they always hunt every day. Other fish are sad because the sharks always hunt for them so he got great plan to spread in the entirety ocean. His message was “Dear fish meet with me deep down in the cave tomorrow we will have a big discussion to end the sharks terror”. All the fish became terrified as bomb explode on the ocean. No one believed him everyone start hiding in there cave a big chaos impacted the ocean. Now its the terror an hour passed now sharks are looking for there food. One shark is now looking for fish but he didn’t find any he called his friends with his signal. They came straight away even the    co-leader shark. The co-leader shark said “What are the inconvenience you say” The shark replied ” We cant find any fish they are all hiding”. The co-leader shark reported with him two sharks to break everything they did and they got the total of 21 fish.

Fish are marching all the way to the pacific ocean because they say that its more safer. Suddenly, they cant because the path is blocked by the shark so they had no choice. One fish got an idea of puffer fish. What is puffer fish fish said. It is fish that have spikes on there body it is similar as porcupine and cactus. So the puffer fish are defending the fish so when the sharks are coming to attack they can be protected. One hour past now its time for the shark to hunt the fish. This time its not only one shark it is three sharks. Now one of the known the leader started the count he is counting in 3.. 2… 1…. ATTACK. The puffer fish are attacking. A few moment later, the sharks are giving up now they called the leader of the shark he is unstoppable. The fish have only 18 puffer fish can it end this eighteen puffer fish vs the leader shark. There can always be a way to end the terror under ocean to make it back peaceful as everything before. To be continue.