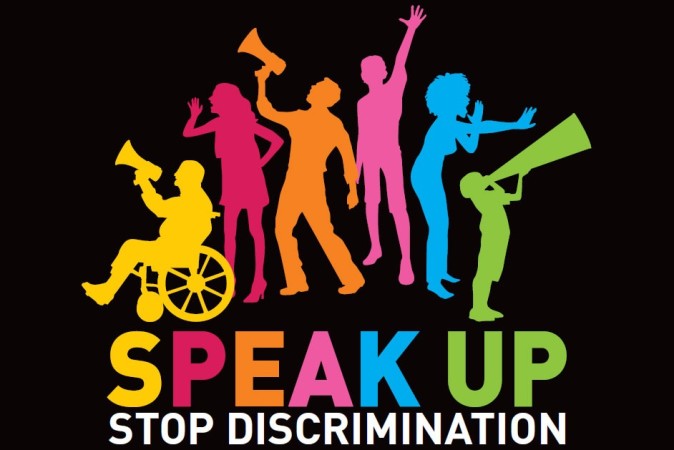 Diversity: Something no one wants to see. I especially don’t. Diversity is such a negative word because of the way people use it. They say “Ugh, It’s gross that we live in such a diverse society. No one should be ‘Odd’!” This is the thing that hits home for me-and not in a good way. I’ll be sharing with you, the reader, my story.

So, I had been walking to class ( At an old, old school I went to ) and I had been highly uncomfortable. The reason being the negativity to “Misfits”, as they would call them. It was about 4th grade, where our teachers were supposed to teach us the wonders and excitements in the outside world-Only, my teacher was different, as was my classmates. They would humiliate any male wearing pink. They would ( Only if you were a student in their class ) shame them and keep them inside for recess to get a lecture. This was bad, but they took it farther one day.

Now, this had only happened because some sour kids in my classroom had decided to spread rumors about my friend- er.. We’ll call her Sarah – and I. They decided to tell my teacher that we were “Different” – “Hanging out” sort of thing. So, here I am, doing my own thing when my teacher stood from her desk, walked over to a chart on the wall, and gave us both red cards ( We had been given the cards because of the rumors spread. My teacher was very religious when it came to same gender marriages and same color marriages. I’m assuming you know where this is going by now. The red card means we can’t go outside. ) She then announced the rumors shared, and almost instantly everyone had gone insane-Yelling rude comments-and giving us sour looks. We didn’t understand where this had come from.

We now move onto the next day. “Sarah” wasn’t at school, and I had become extremely self-conscious. Not to worry, this sorta ends happily. I had been taunted for 3 days straight and had never told my mom. It got to a point where I had gone to the Principal during specials, and told him what’s been going on. He fired after a month of proof, and by that time I was gone. Thank God!

Many people get discriminated and separated from “Normal people” simply based on their differences, colors, religion, and preferences. The world’s not perfect, but we sure can make it better. Please donate to the Human Rights Campaign to help ( at least ) The LGBTQ community. They help the community get back on their feet, and it gives them a place to feel secure. If we can pause discrimination ( And hopefully end it ) in one area, there are so many possibilities and ways we can end it in many other categories. Be the generation that ends discrimination.

Author’s Note: Okay, so I don’t do things like that much. Write about my personal life experiences, I mean.. So, yeah. :)