Skateboarding in the Olympics? 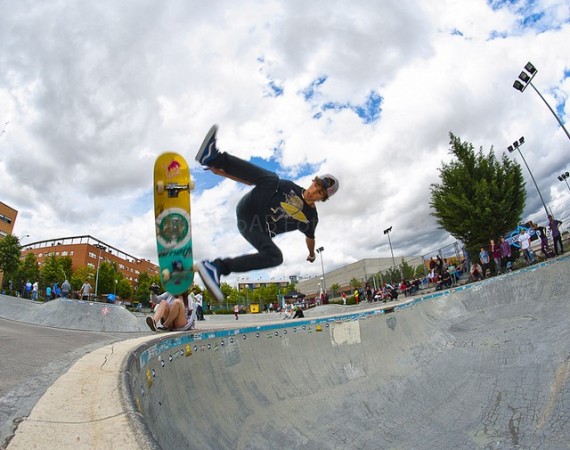 Many people say skateboarding is not a sport because you just ride around and do tricks. People also say its not a sport because it takes no skill to ride a board from Target around places, others however say it is a sport because of competitions like the X games and a classic game of 1up. The focus question is though, should Skateboarding be in the Olympics? In my personal opinion I say yes because that meant other countries other than America would have the X games. The winner of the X games (determined by whoever does the best tricks) will move on to the summer Olympics and the best riders from 15 countries will play in three compositions. The first competition would be 1up against all countries, the first 5 countries to get out will loose the Olympics while the remaining 10 will move on. The next challenge would be who could preform the best trick in the half pipe. each person would get 10 seconds do do one trick in the half pipe. There will be 3 judges that eliminate 7 players leaving 3 remaining. The last competition would be a race to the finish line each player would have to stay in a line and on their skateboard the whole time. While racing obstacles such as rails and jumps would be added in the race to mess with the skater. The first person to cross the finish line would be the winner. All 3 competitions would take up to 3 days, one challenge for each day. Skateboarding to me is a sport and should be in the Olympics.