Is vandalism always an ugly way of conveying an message or can it be art? 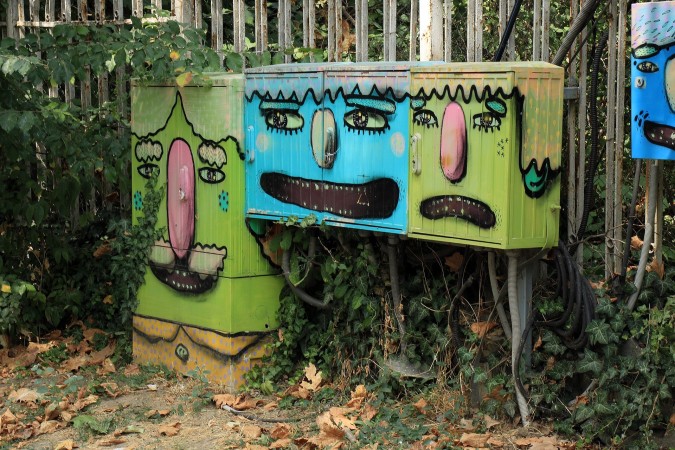 A lot of people think that vandalism is just a bunch of teenagers who want to spray paint everything with curse words, but are they right?  I don’t think so. To start with, it really depends on the mindset of the person doing it.  For example, if the person is just doing it to express all the negative feelings in their life or conveying an obscene message, then it obviously is wrong.  It’s different if an artist is walking around and sees something that he or she has a yearning to go and turn it into something amazing and different.  Next, not all vandalism is spray paint,  used to express themselves illegally.  Some of the vandalism is made using good paint, expensive paint, and it’s not just because the person is rich.  Also, some of the vandalism is carefully sketched out and planned.  Artists may take hours to write and plan before painting on the actual object.  You can obviously tell whether a teen has slapped words on a wall with spray paint or an artist has taken the ti me to spend hours delicately painting on a brick.  Lastly,  when you drive into a town with buildings covered in vandalism obviously painted by distraught teens, are you attracted to the town altogether, or would you rather be greeted by detailed faces on trash cans and huge flowers painted onto the sides of houses?  The difference between negative and positive is huge, especially when is comes to the same concept, but different views.  I think that everything about vandalism comes down to one idea; the mindset of the person. Overall, vandalism can range from teens to adults, but if you have the right mindset, it is art.

Inspired by this IDEA WRITE YOUR OWN POST ABOUT THIS Read more from Mrs. Nofs's Class