How far will I go? 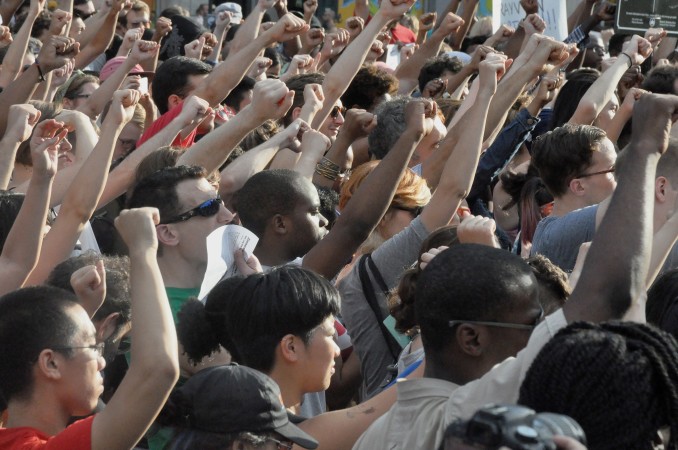 I have a question. How far would you go, to stand up for the things you love? When I am for something, it gets personal. That’s why if I believe in something, I would go to jail for believing in it.

I have never actually been to jail but, it seems scary. I wouldn’t ever like to go to jail, but if it ever came down to that or stop standing up for what I believe in… I would go to jail. If I love something enough I would go to jail for it, it must be good. I only take a firm stance if I really, truly believe it. I don’t usually take sides, unless I believe my side has a better chance of winning the argument. That’s why I don’t have a favorite football team, I really could care less who wins.

Wouldn’t you stand up for something you believe in? I would. Think of all the people that went to jail because of standing up for what they believe in! Rosa Parks went to jail because she wouldn’t give up her seat, christians are put in jail every day because of their belief. Martin Luther King Jr. was killed, because of fighting for equal rights. What went through their mind? I don’t think anything did. I think that they just believed in whatever they were fighting for so much, that they just did whatever they could to make things right. To make their dreams a reality, to make a difference.

The fact that some people believed so much in these things so much, really makes you think. Why did they believe so much? Because they knew it was the right thing to do. Yes, I would go to jail for standing up for what I believe in. So the real question is… would you?

Inspired by this IDEA WRITE YOUR OWN POST ABOUT THIS Read more from Mrs. Payne's Class