My Life Changed in an Instant 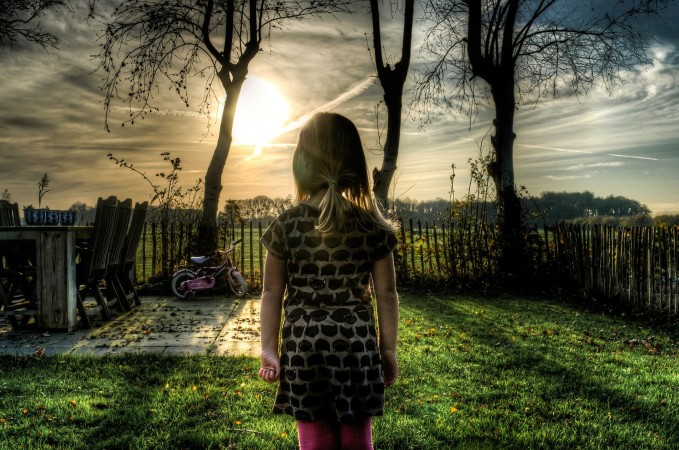 My story starts with me.  A thirteen year old girl named Ellie. I used to have a normal life. Normal parents, a normal school, and even a normal house, but everything changed on Thursday, January 26th, 2017. I had a science test that day, and we were required to use a note card that had answers written on it to help us for the test. I forgot mine at home, so I called my mom and asked her to bring it. Mom said she would bring my note card to school, but she also said that it may take a while for her to get there because of the blizzard that happened last night.  Dad insisted that he go with her because he wanted something from the grocery store.  The roads were icy, and there was a mix of hail, and snow falling.  Hail like small little daggers repeatedly hit the windshield. The wipers frantically swished back and forth, trying to get rid of the icy mix.  When they began to turn a corner someone crashed into them head-on.  The airbags exploded, and instantly during the accident, my mom was dead.  My dad however was taken to a hospital. I got called out of science class, and the lady at the office told me what had happened. I instantly fell on the ground and cried an ocean of tears.  I rarely ever cried.  Sitting there, in that office I can remember people that were staring at me.  I wanted to scream at them and say, “Why are you staring at me!  You haven’t just lost your mom have you?” But I went against my thoughts and finally, my tears dried up. All she told me was that my mom had died, but what about my dad? I asked the office lady, and she said that he was in the hospital. I told her that I needed to go there. Right at that very second.

When I got to the hospital later that night, I saw my dad.  I ran to him, but he wasn’t responding to me. I didn’t know what was going on. Soon a nurse came into the room and saw me crying beside my dad.  I asked her a lot of questions that she answered patiently. I asked her if he was going to live. When I said that the nurses face instantly wrinkled up as if she was in pain. She told me that he was brain dead, and he was only breathing because a machine was helping him. Again my knees buckled before me and I fell to the ground. I sobbed on that dirty hospital floor.  When I finally stopped crying I asked yet another question.  I asked when she was going to take him off of the machine. She told me she couldn’t answer that question because the doctors were going to make that decision, not her.  I kissed my dad on the cheek and then I left. Later that night when I got home, I realized that I was all alone.  I went up to my room and wondered what would happen to me. Would I be put into foster care or an orphanage?

I met with a lady that was wearing a blazer the next day and she told me that my dad had passed away during the night, so I was officially an orphan.  She showed me where I was going to live the rest of my life or at least until they got tired of me and spent me somewhere else.  She took me to a foster home and she told me that I was going to live here.  It was a nice place, I guess.  I had the next three days to pack up some of my belongings. When I moved into my new room it was exactly like my old one.  A nice bed, a dresser, and a closet.  I unpacked all my stuff and went down to eat dinner with my new “family.” My new parents had two kids around my age. Alex, who was older, and Katie, who was two grades younger than me. We all went to the same school, so I didn’t have to switch schools.  Speaking of school, I had to go back to that awful prison two weeks after my parents died. I DREADED it.

When I got to school on Monday, everyone acted as though nothing had happened.  Everyone except for one person, Mr. Harrison, my English teacher. He told me that if I needed anyone to talk to, I could talk to him.  Of course I was never going to talk to him about my problems, but I said thank you anyway, and went on with my day. On Tuesday the counselor called me to his office. I dragged my feet as I walked down the hallway.  When I got there I sat down and he started talking to me, but I wasn’t listening.  That whole session I never once listened or talked to him. He told me we would meet tomorrow. Of course on Wednesday we repeated the whole thing.  I wasn’t listening or talking, but at the end of the session I asked him if we had to keep doing this.  I told him that it wasn’t helping me in anyway, so there was no point for meeting anymore.  He told me that we would meet every Tuesday and Wednesday, and at this, I groaned.  The days kept passing. The world kept spinning.  Nothing ever changed. I would go to school, come home, do homework, take a shower, and go to sleep.  My life was boring from then on.

One day I was told by my foster parents that I could visit my Grandma at her farm.  I would have stayed with her instead of a foster family, but she was too old to take care of me.  When I knocked on her door she greeted me with open arms.  She tried to make me feel better, but coming here just made me think of my real parents.  When she finished feeding me my favorite cookies I walked out into the backyard.  I saw the gloomy looking sky, and a rusty old bike I used to ride.  The table that sat by the barn was empty just like my life.  My real family used to sit there out in the chilly evenings watching the sun set.  We would have huge bonfires and roast s’mores.  The adults would laugh and tell jokes us kids wouldn’t understand.  I closed my eyes and wished for just a minute I could climb on my old rusty bike and fly away into the sky and just disappear to a better world, where everything was perfect.

Inspired by this IDEA WRITE YOUR OWN POST ABOUT THIS Read more from Ms. Layne's Class