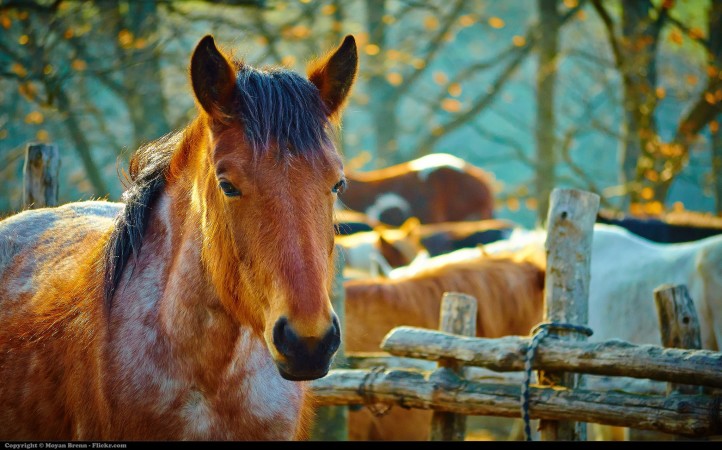 This horse is named Flash. Flash thinks he is a human so, he will not eat hay or grain. Instead the owner feeds him vegetables and fruits but his favorite is lollipops. Flash likes to sleep at night then wake up in the morning and eat breakfast like a human, so he sits down and uses his hooves to grab food and eats it like humans. One day he saw his owner running on the road and so he crawled under the fence and started running to her. Soon he was running behind her and she didn’t even notice it. After about 20 minutes she finally turned around and saw Flash. She screamed and then fainted. Flash didn’t know what to do so he paces around and soon decides to nudge her then she stood up and ran back with the horse. She told Flash that horses are not supposed to get out of the field. Then when he goes in the field while she walks away he says,” Sorry.” She then stops and turns around and she says,” Did you just talk?” “Yes,” Flash says. ” Well then I have a unique horse that talks!”she said.

Inspired by this IDEA WRITE YOUR OWN POST ABOUT THIS Read more from Mrs. Payne's Class