Which Sports Company Is The Best, Nike, Under Armor, Big Baller Brand, Or Adidas? 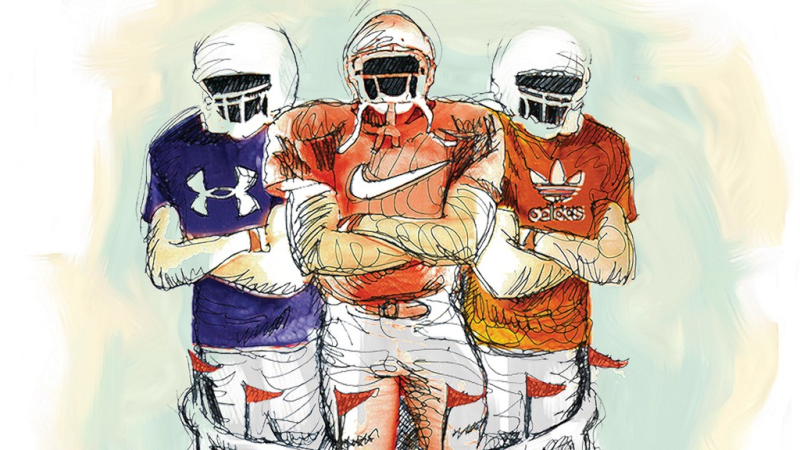 In my opinion, I believe that Nike is the best sports company. Nike has signed with many of the best athletes in the world. They have endorsement deals with Lebron James, Kevin Durant, Paul George, Russell Westbrook, Michael Jordan, Cristiano Ronaldo, and many more pro athletes. With these deals they make clothing lines, shoes, and equipment for the player and their customers. Also, signing these top athletes draws attention to Nike, which brings in the big bucks.

Nike is the best sports company because they have great technology and equipment to boost performance. In basketball shoes, Nike provides cushion and lightweight materials to accommodate the sport. You might be like, “Zach, all of the other companies like Under Armour, Adidas, and Big Baller Brand do too.” Yes, I know. But, Nike does the best at that particular job. Also, Nike is great at attracting customers to buy their fire merchandise. Everywhere you go their is a commercial, poster, billboard, and just about everything else to promote their brand. Also, Nike attracts customers by placing athletes in their commercials. From Kevin Durant splashing a three pointer to Tiger Woods getting a hole in one, young athletes believe the Nike brand can make them do the same exact thing that was shown in the commercial.

As you can see, in my opinion, Nike is the best sports company because they have a good ratings, high value, great technology, top athletes, and much more. Which sports company is your favorite? Let me know in the comment section below!