The story of niblet 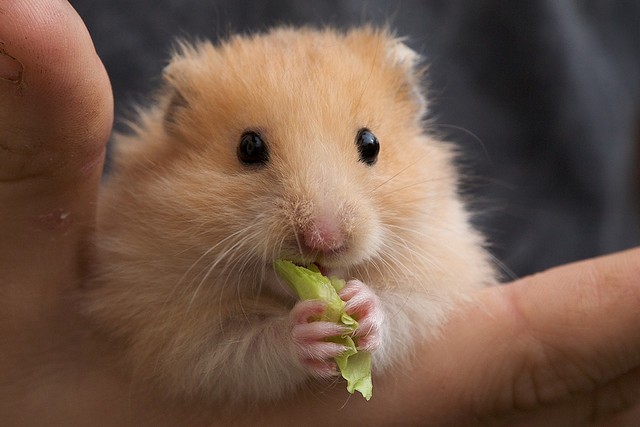 Um…. Hello I’m Niblet um…….. I like this piece of food I’m eating in the picture I think it’s lettuce um lettuce is my favorite just let me nibble on that. This is super yummy you want to try some oh wait you can’t you know why because it’s mine and I’m going to eat all up hehe. So my family lives in a cage.  I have a sister and her name is Lily. And I think I have a brother but I never have seen him mom says he is in the pet store but I think he’s hiding. Um I don’t know his name but I have a mom named mom and a dad named dad. Oh and my name is Niblet but I think you know that. My boss named Gary he’s nice I barely see him he goes somewhere everyday but not on two days. Gary thinks I’m really cool he rather have me then mom,dad,and Lily. Um I learned never leave the house because last time I left I got shots from a needle and it hurts. Gary has this best friend who comes over almost every day and his name is Marco he always picks me up and says “look how fat he is” and he really hurts my feelings so I’m going to do some running on my wheel. I love it when I get treats. Treats are the best thing in the world you know why because they just are. They taste like a unicorn farted out rainbows. I also like naps. I take naps every half hour and I better take one soon. Um…….there are two really scary dogs one named Susan and one named Larry. Oh no I’m late for my nap um okay bye.

Inspired by this IDEA WRITE YOUR OWN POST ABOUT THIS Read more from Mrs. Mikkelborg's Class