Without freedom of thought… 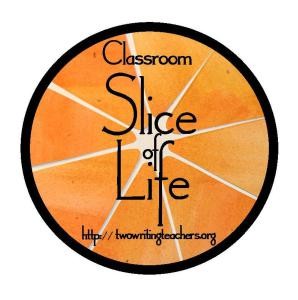 When the dictatorship started in 1976, I was 23 years old, I had just finished my degree in electrical engineering, I worked in the “Dirección de Estadísticas del gobierno de Mendoza” (Directorate of Statistics of the Government of Mendoza), and I was the trade union delegate from my coworkers and I played rugby. I mean, I was a boy like so many others in my country. I had a favorable economic situation, my political thought was to embrace the cause of Peronism, that was summarized in three postulates: Social justice, political sovereignty and economic independence. I participated in a political group called “Juventud trabajadora peronista” (Youth worker Peronist), for being an activist of this cause I was arrested together with 10 other partners and taken to dungeons where we were blindfolded and tied, both we men and the women partners, even one of them with her 1 month old baby girl.

We were savagely tortured and beaten, including the death to blows of one… Miguel Ángel Gil, he was an employee of the “Comisión Nacional de Energía Atómica” (National Atomic Energy Commission). After 15 days in that conditions, we were taken to the judge who saw in the state that we were, especially the girls who were half-naked and we (mens) barefoot only with pants. Nevertheless, he did nothing…

I was almost 7 years in different prisons in Argentina, where they put all the political prisoners. After almost 40 years of that, that judge and others where condemned for the justice of democracy to life imprisonment, and today they are prisoners along with the military and politicians as accomplices of crimes against humanity. I had the honor to testify as a witness for more than 3 hours, reporting everything that happened at that time. Many of my partners in political activity women and men, did not arrive in jail and remain missing. Well, my regards and greetings to the teachers and classmates.

This person is from my family, he never told me that he lived in the jail, when I learned about the dictatorship of Argentina, and know that the police send to the people to jail for having different thoughts, my mom tell me that he and her wife had meet in the jail, and I asked why, and she say me because of the dictatorship. We still meeting with him and her sons and wife, and when I go to that meetings, I learn a lot of things, they make a lot of debate. I ask him about when he was in the jail, and then make this post.

This March 24, it is commemorated the “Día de la Memoria” (Day of the Memory), this day is not to celebrate, is a day to remember all the woman and men that are still missing, and the people that died.