The U.S. government should not designate endangered species! 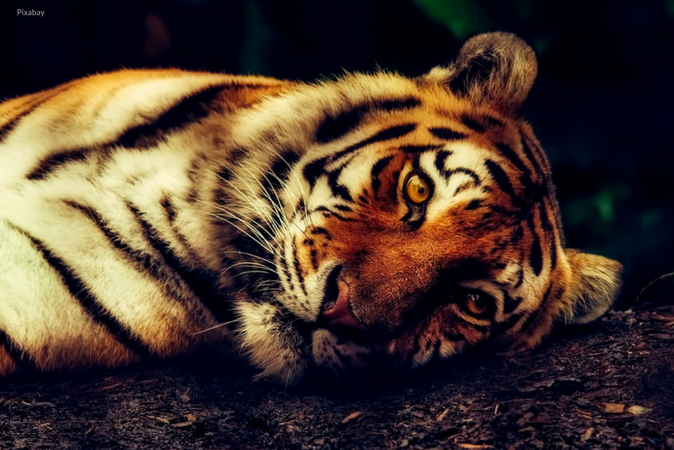 The U.S.government should not designate endangered species!

Did you know that most “animal saving” organizations spend up to millions of dollars each year to help save endangered species? “According to the most recent data from the US Fish and Wildlife Service (FWS), federal and state spending to protect threatened and endangered species came to $348 million in 1995, including $18 million spent on land acquisition.” (Baker). This can be a big problem. Some think that we need to save endangered species for the fate of an ecosystem, yet some think we don’t for extinction is a part of evolution. In this context, this word evolution means the gradual development of something, especially from a simple to a more complex form. Species should not be designated as endangered for these efforts waste a lot of time and money and people need the money more than animals do.

The U.S. government should not designate species as endangered because it would solve

the underlying issues that cause species to go extinct: climate change and overhunting. We are in the 6th mass extinction right now, and the cause is humans ourselves, mostly because of overhunting/overfishing. Another reason is because of climate change. “The shady pursuit of endangered bird eggs made international headlines in May 2006 when Colin Watson, widely considered Britain’s most notorious illegal egg collector, died after falling from a 12-meter tree, allegedly while hunting a rare egg.” (Gross). In other words, people overhunt endangered animals more for the “rarity” of that animal. In addition, people overfish/ overhunt endangered animals for the rarity. “The bluefin tuna, which has been endangered for several years and has the misfortune to be prized by Japanese sushi lovers, has suffered a catastrophic decline in stocks in the Northern Pacific Ocean, of more than 96%, according to research published on Wednesday.” (Harvey). Essentially, people overfished the Bluefin Tuna for the delicious taste and for sushi. In short, if we were to “get rid of the name endangered”, more people would think the animal is less rare and not hunt it, so we don’t have to make a wildlife preserve to save them.

Saving and endangered species is also way too much money, more than the

Instead of spending money on the animals, we should spend it on the starving children

and families. If we have enough money to spend millions of dollars on animals, why can’t we just use that’s money to spend on starving families. “800 million people will go to bed chronically under-fed: 200 million of them are children.” (Renton). Basically, there are more starving families in the world, than the money we spend on saving animals. In addition, families have, and still are, dying of starvation. “…children suffering from deadly, severe acute malnutrition, and the diseases that ravage little ones weakened by hunger.” (Save The Children). In other words, people die from this disease because of the lack of food. In conclusion, people should spend more of that money that we are using for the animals, for the people that are starving to death.

Others might argue overhunting/ overfishing is by people just doing it for the fun of it,

yet if people out there are mostly doing it for the money. For example, Steven Purcell and Trevor A. Branch, states “Desirable, high-value species are harvested first to maximise profits.” (Purcell). However, if they don’t stop, instead of spending it on animals, spend it on starving children or hospitals that are treating diseases . For example, the F.M.S.C. organization states “Every year, millions of children die from preventable causes such as pneumonia, diarrhea, malaria and undernutrition. Today, hunger still causes nearly half of deaths in children under 5 years old.* From this data, FMSC estimates at least 6,200 children die each day from undernutrition.” (F.M.S.C). In short, most poachers do there job for money and f they don’t stop, we should spend our money on the starving or people with cancer or diseases.

on this and that we should spend that money on the starving. Most species are extinct today and should probably stay extinct. People keep on wasting money and resources on animals. If people continue doing this, there will be no money or resources left for our own human needs.

Inspired by this IDEA WRITE YOUR OWN POST ABOUT THIS Read more from Mr. Leisering's Class