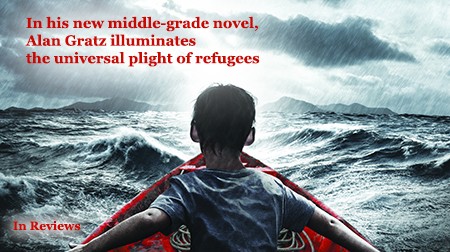 The stories take place years apart but the three characters are all refugees traveling by sea. They are all on boats. Also, they did encounter some obstacles. Izabel and her family were surrounded by sharks. Mahmoud and his mother fell on rocks. Next, Josef had his family’s room trashed by Nazis. Another example is that Ivan was slaughtered by a bull shark. Finally, Mahmoud and his mother were separated from his father and Hana.

Izabel is the character I’ll predict about. First of all,I think Izabel, her neighbors and family won’t encounter anymore bull sharks. Second, I think they will make it to Florida. Third, Izabel might get a new trumpet because she gave her old one away to a sailor. Finally, she and her family will probably have a bright future in Florida.