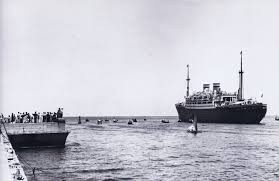 I think Josef’s story is my favorite. Ever since he had his bar mitzva he really did become a man and took things into his own matters. For example when his father was out of line he slapped his father to get him on his best behavior. Another key detail would be he tried to help other men takeover the SS St. Luis so they could go back to Cuba. And the last key detail would be at the end Josef told his mother and sister that he would take Ruthie’s spot and go to a concentration camp. This story at first was a little boring, not going to lie, but once we got into it more I realized it was more interesting that expected.