Santa vs His Elves: #1 The Beginning 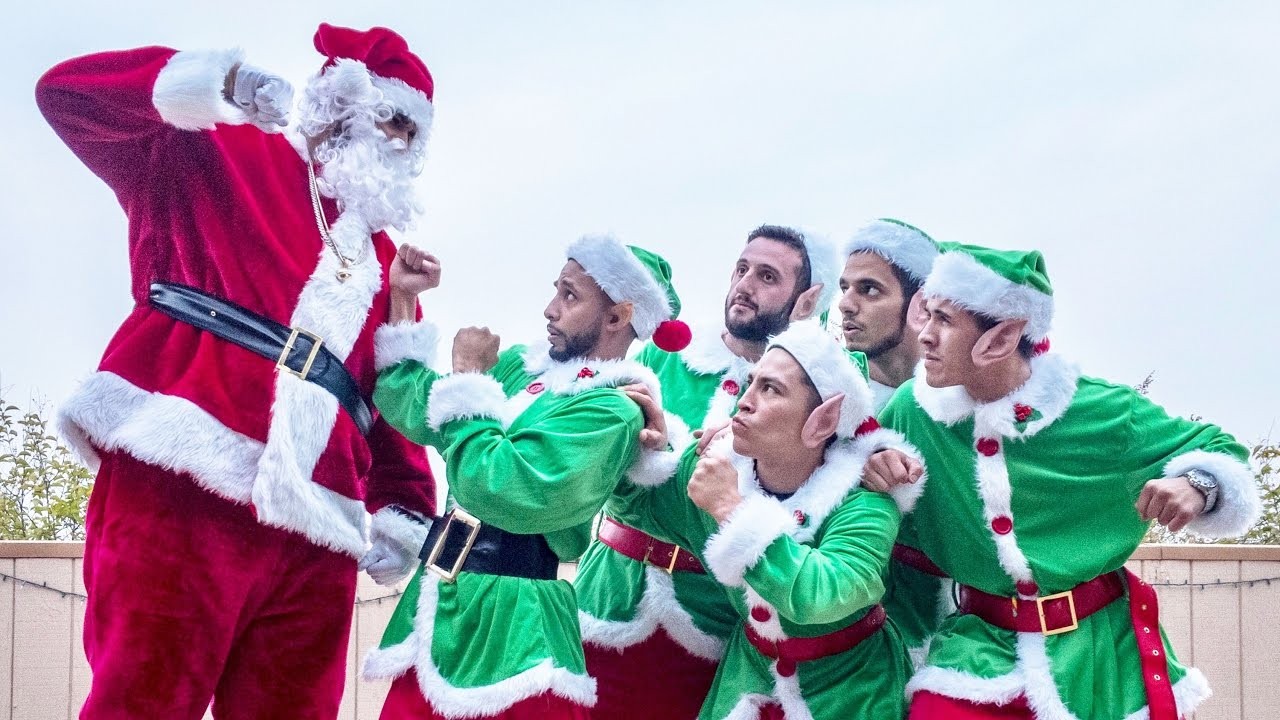 If you were an elf, working for Santa, you think that it would be a fun job and that you would have a good pay check…but, not really. These 5 elves have a real story for you.

“Hi, my name is Cup Cake, and I’m the Biggest, Strongest, and head of all elves. I’m Santa’s little right hand man. I have 4 friends Cookie, Candy Cane, Lil Bob, Nut Cracker. It all started 3 days before Christmas, 4 years ago when I got the news that I was going around the world, with Santa, in his sleigh, right next to him with the rest of 4 friends. It was like a dream come true. Well the 3 days came and it was Christmas eve, but everybody was in bed, none of the reindeer, other elves, or not even Santa came to wake us up. The time came and Santa flew off with his reindeer around the world. From that day on me and my friends have always tried to call Santa to see if he could come back to take us with him the next Christmas eve but he never answered. We got banned from being so high up.” Now all we’re doing is……GETTING REVENGE!!!!!!!!!! But that could take a while.”

The elves are now trying to steel wood for a cage to trap Santa in. The elf friends have dug a hole through the ground to reach Santa’s Workshop without anybody knowing(ps. It took 3 weeks). Once they got in his workshop, the elves were able to hide themselves with the stuffed animals until they were sure Santa was gone. After they got up and looked for a couple hours they finally find the wood section. First, Candy Cane and Lil Bob went and grabbed 26 pieces of wood. Next, Cookie cut the pieces the so they would fit for when Nut Cracker nailed them together. Once Nut Cracker got the all the pieces nailed together it was a perfect cage.

Because the cage is finished the elves need build a snowball canon shooter(SBCS). To start it off they need to go find same magic metal. After they all looked around Santa’s workshop they brought back what they found, and the elves were able to start building the snowball canon shooter(SBCS). But being elves they aren’t very smart so the spot they picked for building was right behind the reindeer’s palace. Because of this, the reindeer were able to watch the elves entire building process without them even knowing it.

Half way through Cup Cake noticed they didn’t have any snowballs for there snowball canon shooter, so Cup Cake took Lil Bob with him to go make LOTS of snowballs. On their way, there Lil Bob decided to go down to the lake to get some water so they could have ice balls with the snowballs. Down at the lake, when the elves were just about to reach the water, they heard some talking so they hid behind a row of trees and slowly crept forward until they were close enough to hear what the people were saying. As they were listening they saw that it was the reindeer talking with Santa to plan an attack on the elves to stop them from hurting Santa. And another thing they heard was that the reindeer were spying on the elves. With all this Lil Bob and Cup Cake ran as fast as they could to go tell the other elves, and on there way they made snowballs.

Once they got there they saw everything was the same except the 3 other elves were gone, and they heard some noises around the corner in a small room. The ran over to the room and when they opened the door they saw Santa with his reindeer’s and the elves in a cage that Santa built. The elves being so shocked started to run but then remembered what they had built…………….It’s WAR TIME!!!!!!!!!!!!!!!!!!!