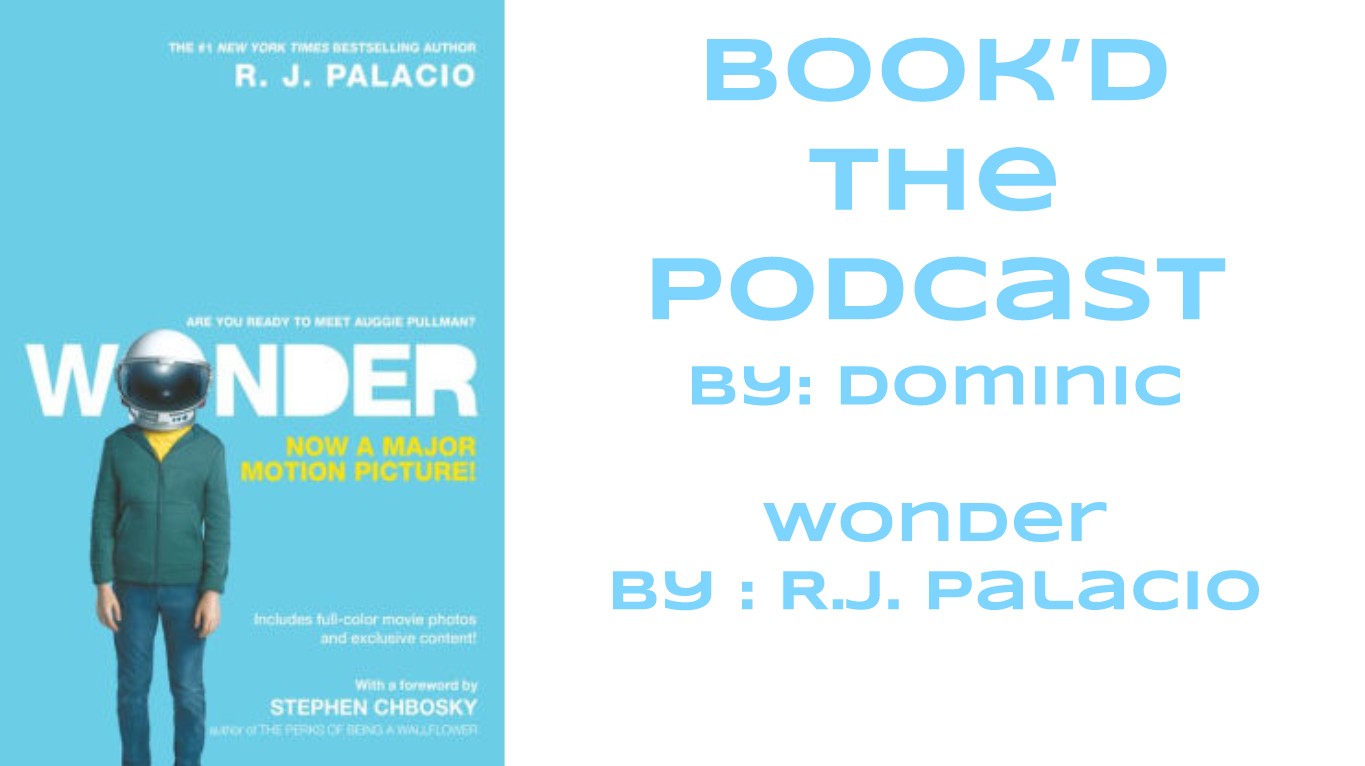 Hello, I am Dominic, and welcome back to Book’d. Have you ever wondered what it is like to have a birth defect, be hated, and made fun of? Well,  if so, this is the story of August Pullman. A strong, brave, and kind person trying to make it through middle school. August is an protagonist in the story because he likes to make things that seem impossible to be better, better, and Julian is a antagonist because he bullies August constantly, as well as one of his only friends, Jack Will. Now that I have given you some juicy exposition, on to the Rising action. The rising action of the story is Julian constantly pulling on August’s leg, and trying to get him mad, and everyone to turn against August, and also against Jack Will since he was friends with August. This brought down August a lot and he felt hopeless, but as said in the book, “The universe takes care of all of its birds.” Later in the story, Jack and Julian get in a huge fight, and Julian gets suspended. Now, to the main conflict. Since Julian was suspended, he could not go on a trip to a nature preserve, but August and Julian’s friends were. The conflict happened when Jack had to use the restroom during a movie outside, but there were no bathrooms. Because of this, he asked August to come with him. They both went, and then they ran into bullies, long story short, spoiler alert, They got in a huge fight and Julian’s friends helped fight the bullies off. The falling action happened right after this as they ran back to the amphitheater. Then, for the resolution, after this encounter, the friends of Julian spread the news throughout the whole school like wildfire. All of the sudden, August and Jack were the big talks of the school, and now considered popular.  Then, they got wind that Julian’s parents took Julian out of the school because they didn’t think it “Fit Julian’s needs.” Overall, the book was never boring, emotional, and taught really good lessons. In conclusion, I would rate the book a 5/5! That is all for this quarter, and I will talk to you again in the next Podcast in Book’d!