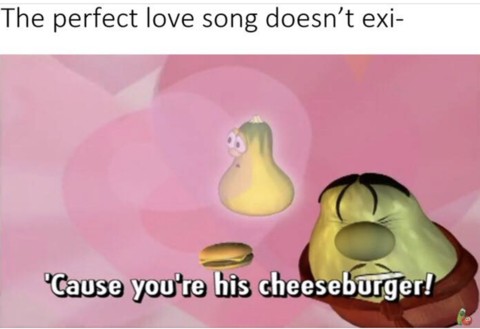 HAHAHAHAH MEMERS!!! YOU THOUGHT THAT WAS THE END HUH!!! WRONG!!!! I LIED AND U FELL FOR IT HAHA!!! Either way, now on to the story. Oh, yeah, by the way, read the other stories before this one.

Stingy was dead, as well as that magical dolphin from the Sponge Bob Movie. PewDiePie and Chök heard this trouble and booked it out of the anti-T-series meeting to the prison where he found the remains of Dora the Exploder, a random magic dolphin, and Stingy. PewDiePie looked at them, and continued staring at them, and then screamed “That’s it on this episode of MEME REVIEW!!!” and started laughing with Chök, and they walked off to tell the maintenance crew to clean up the mess. Stingy, having many friends, happened to be friends with some weird christian veggies who happened to be able to tell when someone they knew died, so they ran in the veggie car to the scene of Dora, Magic Dolphin, and Stingy’s fate. They got there just in time before the maintenance guy came and took away their carcasses and put the dead things into the trunk of their car to go and meet up with one of their friends to try to bring them back to life.

They were on the road trip and they stopped all of the sudden. The ground below them lowered and they went down. The veggies got out of the vehicle with the carcasses and ran into… GRU’S SECRET LABORATORY!!!! There were minions everywhere, which, of course, the veggies ran up to and prayed for them for no apparent reason. They ran around like a chicken without a head in search of Gru after they finished a 5 minute prayer. They ran, and then, all of the sudden, they saw Gru on a shelf dancing like Rick Astley, and Gru saw them. He jumped down Rick-rolling and asked them what’s poppin’.

“Our dear friend of God died and we are hoping you can revive them.” the veggies said at the same time.

“God shall keep thy safe forever.” replied the veggies.

“Sure… ok… lets begin…” said Gru as he picked up the bodies and put them on a surgical type table.

“No one can stand the smell of a fart gun, even when they are dead.” said Gru, full of himself for bringing people back to life.

“I WILL END PEWDIEPIE FOREVER!!!! I SWEAR!!!!” screamed Stingy upon his awakening.

“I WILL HELP YOU!!!” screamed the Dolphin and Dora at the exact same time. The veggies decided to stay out of it because they could not physically harm someone since they were super religious.

“The only thing that stands a chance against PewDiePie…” said the veggies.

24 Hours Later In The Secret Stingy Lair (After praying over Gru’s soul for saving their friends, and then leaving.)

“Yasss. Who is dis…” said the evil T-Series

“It is Stingy and the meme bois. We need your help to defeat PewDiePie.” replied Stingy.

“We are in a battle for subscribers right now, but why not make it a real life one!!! WE ARE IN!!!!” screamed T-Series!

“See you at my secret lair in 30 minutes. It is  located on Dorito Mountain.” Stingy said and then hung up the phone. “The battle shall begin….”

“Sure. LETS BEGIN!!!” said Stingy, and they got to work, planning a secret plan to END PEWDIEPIE ONCE AND FOR ALL!!!