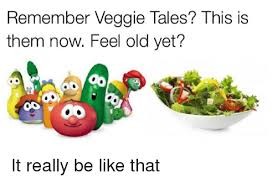 Read all of the other Möth stories in order before reading this story you evil human being.

They finished the plan to end PewDiePie, and it involved the evil YouTube. To end PewDiePie all they needed to do was remove some subscribers from PewDiePie, and then T-Series will reign with Stingy right next to them. They called YouTube and told them their idea. Since YouTube hates PewDiePie, they went right on into PewDiePie’s subscriber count and removed 20,000 to lower them below T-Series.

”Thanks YouTube Curriculum!” said T-Series and then hung up.

Right after this, T-Series phone went off saying that they passed PewDiePie in subscribers. Now, PewDiePie was weak, and they had to go in with their plan. Stingy put on a veggie costume and Stingy and the veggies went to the gates of the PewDiePie castle. T-Series hung out at the base because if PewDiePie defeated them, PewDiePie would be undefeatable.

They arrived at the gates 2 minutes. PewDiePie, being a good Christian boi, let in the group of christian ”veggies” to come in and pray that he will defeat T-Series. They walked in and stood right next to PewDiePie and started praying, except for Stingy, he just moved out of PewDiePie’s view in his veggie suit and sat until the moment was right. HE WENT CRAZY AND ATTACKED WITH THE VEGGIES!!! PewDiePie tried to hit his “Vegan Army” button, but couldn’t reach it while getting his booty beat by Stingy. All of the sudden, PewDiePie hit the button on his computer accidentally as Stingy was whooping him big time, and it pulled up a live sub count of T-Series vs. PewDiePie. PewDiePie suddenly had his sub count raised up past T-Series!!! It was a miracle!!! All of the sudden, PewDiePie’s eyes turned blue and electric bolts went flying. Stingy, still filled with power, jumped up to try to stop PewDiePie before it was too late.

He jumped, launching at PewDiePie, but luckily, PewDiePie saw this and slapped Stingy right to the side of his chair, and he landed on the “Vegan Army” button. I know, I don’t need to explain what happened next, but I will anyways because I need more to add to this story. Sooo, a whole lot a vegans came flying through the doors to end the Veggie Tales forever. They tore them to shreds, ate them alive, and brought in a camp stove to fry them up in a stir fry. R.I.P. veggie tales. Stingy looked back, got up, and screamed at PewDiePie.

“T-SERIES WILL DEFEAT YOU ONCE AND FOR ALL!!!” He decided to say before he booked it out of there before PewDiePie could shoot him with his eye lasers. Stingy ran right back to the base to tell T-Series about what happened…

P.S. This series will continue FOREVER!!!