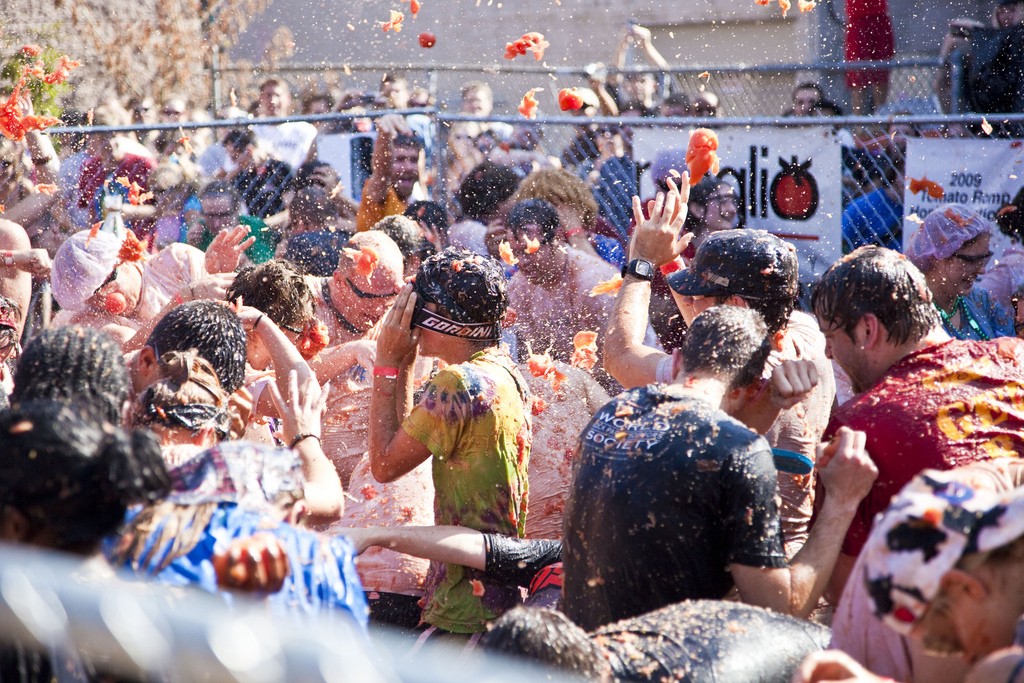 Did you know that there’s all sorts of traditions around the world that people celebrate while there is and today you’re going to learn about some of the most popular from around the world.

The first one is Holi.  Holi is a Hindu festival celebrated in honor of Krishna.  Krishna is what some of the Hindu believe is the supreme god or an incarnation of the Hindu god Vishnu.  The first part of Holi is Holika Dahan where they light bonfires in honor of the death of Holika. the ash that falls in the street is believed to bring good luck. The second part of Holi, is where devotees take to the streets and they sing , and they dance, and they throw water and colored powders at each other.

The second tradition is the Tomato Fight in Spain. The tomato fight or La Tomatina is held usually on a Wednesday towards the end of August.  According to La Tomatina. Com it is held because in Spain they like to have fun. They bring truckloads and truckloads of ripe tomatoes and they pile them up and then thousands and thousands of people from Spain and from all around the world come and throw them at each other they say it’s tons of fun and there’s even reserved Hotels just for the event.

I hope you learned something today and I hope that you look more into these different Traditions from around the world and other ones.  comment down below some other Traditions that you think I should talk about a different time.

Inspired by this IDEA WRITE YOUR OWN POST ABOUT THIS Read more from Mrs. Paver's Class