Billy the apple saves the day 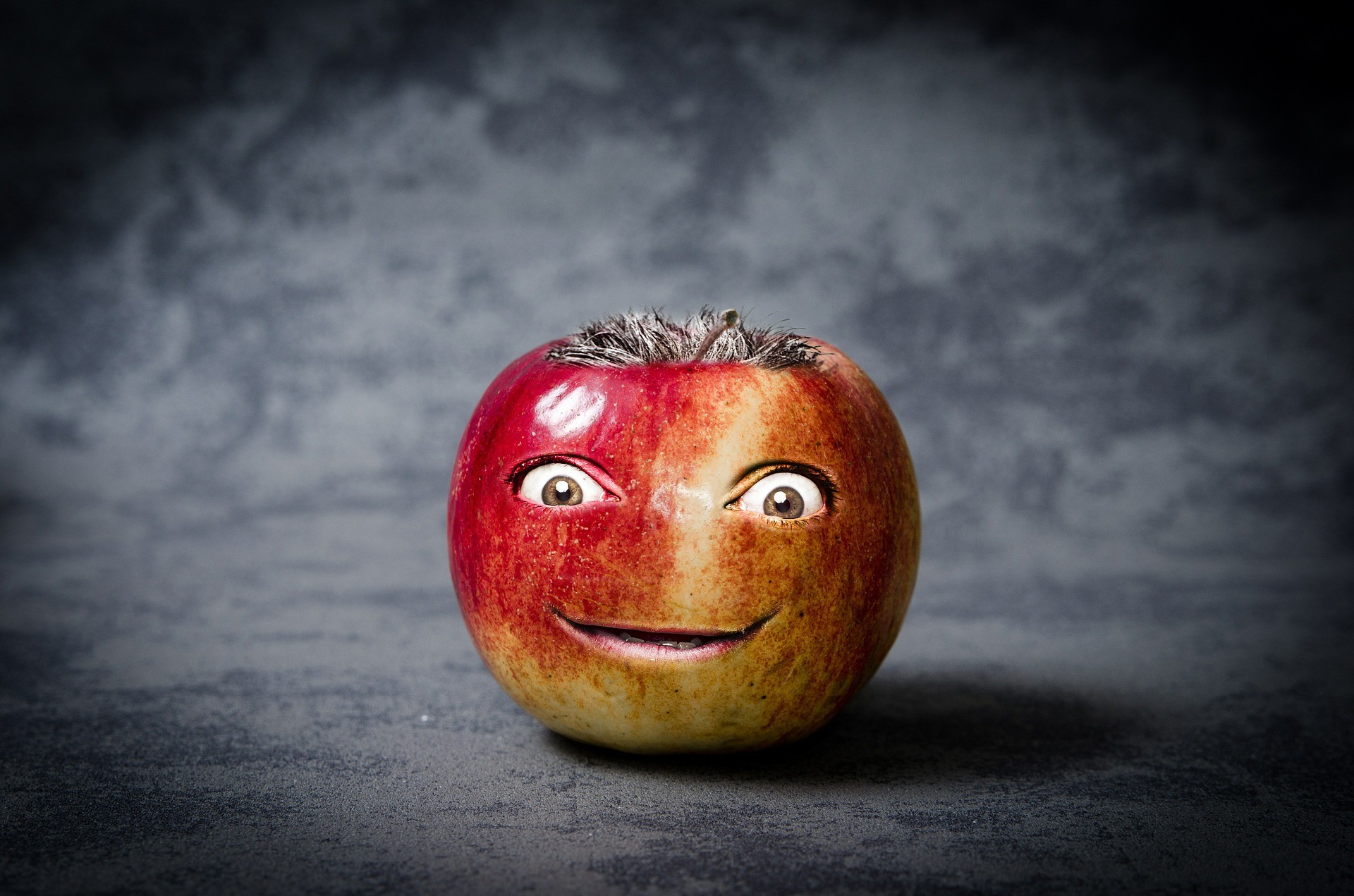 Its a sunny day in a farm in West Virginia. Farmer Bill is picking out the right apples to give to the supermarket. After he chose the good apples, he drove to the market and gave It to the workers to put in the shelfs. But one of the apples accidentally rolled off and no one saw It roll away to the sewers were mold and mud got on this red apple. And the mud had bacteria in It. And thats how the apple came to life. Even though this is impossible Its not impossible for Billy the apple! But Billy felt alone, so he rolled to the hole, he came from and jumped out. So he rolled off to the super market and one of the employees saw this apple on the floor. So he picked It up washed and right when he was about to eat Billy, bam! , BILLY threw himself to the guys teeth and dropped on the floor and escaped, before the man could eat him. Three weeks later, and Billy is rolling around the street when he came up to a poster. And when he saw he was wanted for 100 dollars, Billy freaked out so much. So right when Billy was about to roll off, a net was over him, he was found ! Billy saw a black van and saw a logo that said, fruit stealer . Billy was scared, but just like his father who died being made into a apple pie he said, never give up Billy thats when billy realized he didn’t have a father. Billy turned into a ninja and got out of the mans hand and karate kicked the mans face. And he jumped over buildings, cars, apple pie stands which he broke, because It was really offensive to him!
He found himself inside a house with a weird hairless cat, looking right at him. So billy looked really tasty and the cat really wanted to eat him. So billy had to make a run for It. But the cat was too fast and bit Billy in the back. Billy screamed in pain, and got even angrier. He did a spin in the air and hit the cat in the face. Right when Billy was about to leave the news came up and the people said: alert apple on the loose really dangerous.

But Billy didn’t do anything wrong so he went to go ask for some help, so he went to Justen the banana. Justen said that the same thing happened to him but, he decided to become a superhero for people to love him and things turned out better. But them they heard a sound, Billy said: no It cant be, Diomedes the fruit stealer is back. And the black van was coming and he said: kidnap time! They had to run for It. D would steal the fruit and cut them in pieces and put all the cuten fruit together and eat them. All though It was delicious still evil. So we hide inside a shed until he left. But then the van crashed through the shed and the last thing we heard was the rage in his voice say : kidnap fruit forever! When Billy opened his eyes he was inside a room that looked like a basement. Thats when he saw the kitchen in the basement and the fruit cutter. Thats when dee came down stairs and he said eat fruit! Right when he was about to, i felt strength and speed in me and got out of the small cage and punched dee in the stomach and fall down. I went outside and then i saw my logo in the sky thats when he turned into super apple.  So he destroys the fruit stealer and puts him in jail. And everyone cheers for Billy, he has saved the day. Plot twist Billy is actually a banana.