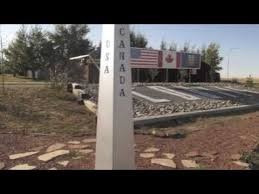 It’s an interesting topic.  The concept is being debated now more than ever, not because immigration is new, but because for some reason, people feel more threatened by it.  I understand.  Terrorism is scary.  Are people from other countries going to do again what was done on 9/11?  Will someone from somewhere else cause us harm?  Is that harm worse than the harm we do to ourselves every day?  The harm caused by people who had the privilege of being born here?

In class recently, we read a short story called Borders by Thomas King.  In the story a woman who is Native American is required to declare her citizenship in order to enter the United States.  She has as difficult time with this because she doesn’t see herself as a citizen of the nation she resides, but rather of her reservation.  It brings up the question, what does it mean to be a citizen?

In a recent L.A. Times article, many people of different backgrounds were asked what they thought it meant to be a citizen.  Some of those people were born in the U.S.  Many were not, and became citizens after immigrating here either as adults or children.  Here is what I think being a citizen means.  I didn’t choose this country, but I am glad I am here.  I choose it now.  I am so fortunate to have a nation that stands for freedom, that (usually) stands up for other people’s freedoms.  To live in a country where different cultures and identities are valued, even honored.

Inspired by this IDEA WRITE YOUR OWN POST ABOUT THIS Read more from Mrs. Epperson's Class