A Hotdog is just an American Taco. 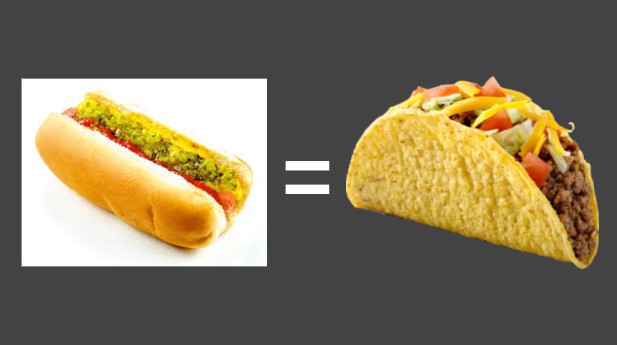 I know, this title might make you question everything, so now I will have to prove, and stand by this bold claim that hotdogs are just American tacos. There is so much evidence to support this, but for the purpose of time and to keep you all interested, I am going to focus on the main information. So, with that in mind, time to explain my claim, I guess.

First of all, the two pieces of bread are connected in the shape of a taco. If you look closely and waste 20 seconds of your life, you too will see this abnormality and coincidence, or not! Also, to those big brained people out there, the hotdog is NOT a sandwich because both pieces of breading are connected, not separated as seen in a sandwich. Maybe it was always meant to be, and it was a secret from Area-51 from years past. Who knows, but either way, they have so much correlation between the bun and shell, which leads me to my next very informative point.

Finally, a hotdog has starch on both sides, just like a taco. If you think about it, there is a starchy substance (Bread or shell) on both sides of the fillings, but still connected together, which is the biggest similarity yet! Here is a picture that the news website, “The Washington Post,” found on twitter that explains everything food related in in the world. It is called the “Cube Rule.” 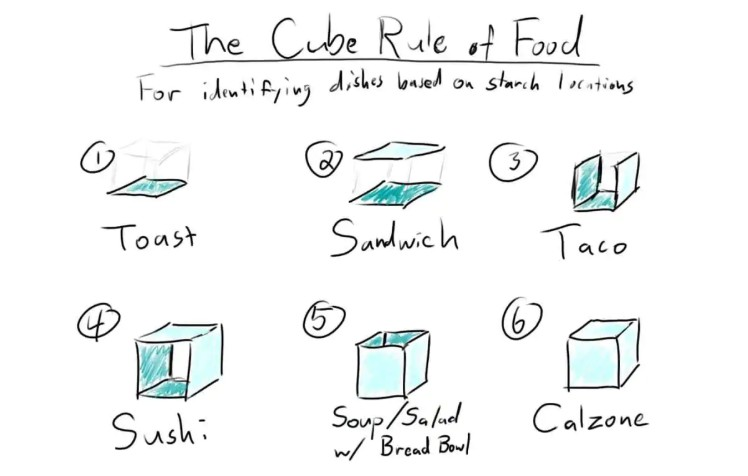 In conclusion, A hotdog is, in simplest terms, an American taco. If you want to debate my amazing logic, please write your arguments in the comments below! That is all for today, and I will be back soon to change your minds again!