Book’d, The Podcast : The Fault In Our Stars By John Green 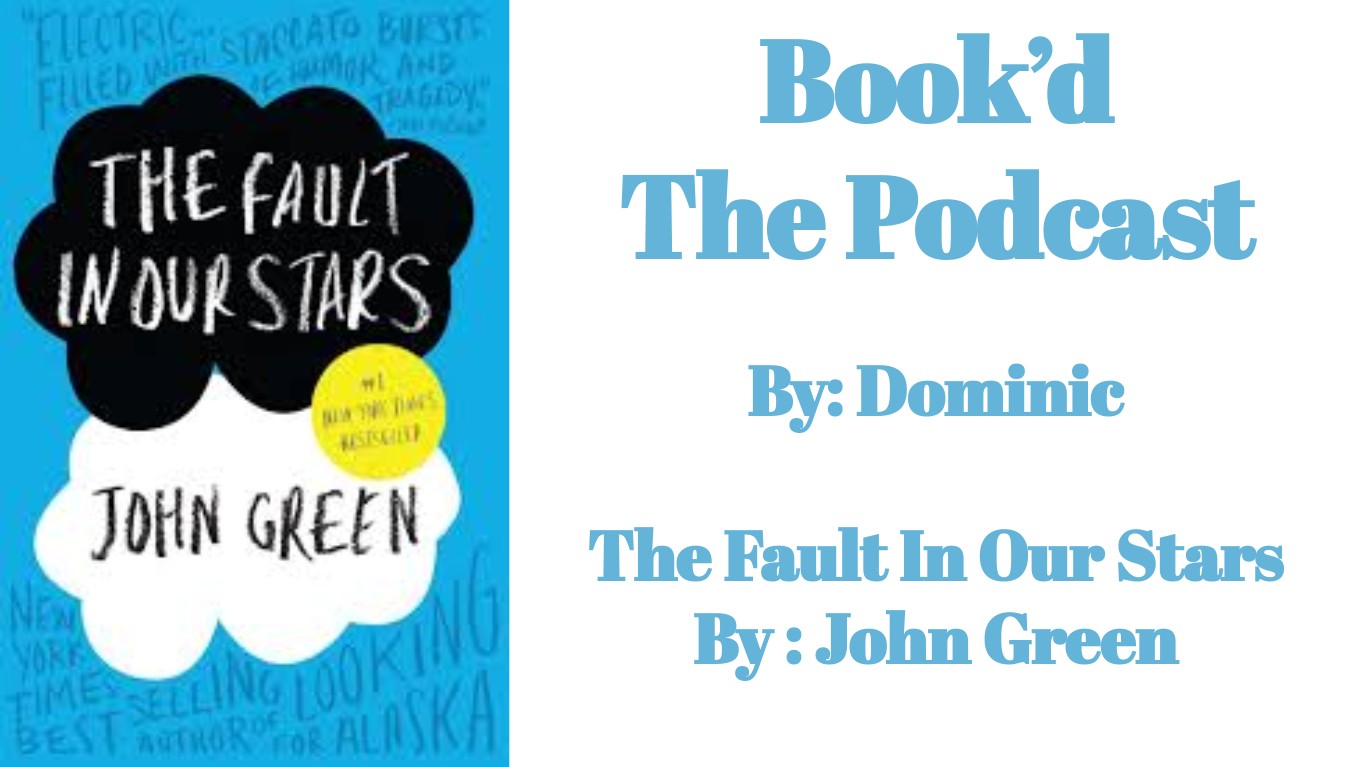 ~The Fault in our Stars~

~Have you ever had your heart broken? I haven’t, but the main character, Hazel, in The Fault in our Stars did! I read The Fault in our Stars by John Green this quarter because others have read this book and I thought that I should read it to see if it’s as good as people say it is. With that in mind, let’s talk about the story. First of all, all of the characters in this book are dynamic. First, Hazel thought she was never going to have a boyfriend, or anything relationship wise besides a few select friends. By the middle of the story, she has a boyfriend. Then, also, Augustus is dynamic because, as said in the beginning of the story, he said he used to be really scared of a lot of things, and during the story, he was really relaxed, calmed down, open to new things. The biggest events in the story where when Gus and Hazel went on a trip to Germany to meet their favorite author, when Gus, throughout the story, teaches and tells Hazel grace his thoughts on life, which changes the way the story could have gone drastically, and finally, *Spoiler Alert* when the cancer gets back to Augustus and he dies. Now, onto plot mountain in the story. There were many plot mountains, but I decided to pick this one because it was a huge part of the book before *spoiler alert* Gus dies. The exposition, or the beginning of plot mountain in the story happened when the author wrote, from Hazel Grace’s point of view them talking about what Germany was like once they landed. They flew there to see Hazel and Gus’s new favorite author,  Peter Van Houghton. The rising action of the story commenced when they were walking to Peter’s house, and wondering what his personality would be like, and whether or not he would be friendly. The climax in the story happened when they met Peter, and it turned out he was rude, mean, and a jerk to both of them, and his assistant to the point where she quit her job. The falling action happened when they ran out of his house to avoid conflicts, and the resolution of the story happened when his assistant, after leaving as well, offered to drive them home. All of the tone of the story relaxed after the resolution. Thanks for listening to this podcast, and I’ll see you all next quarter!~