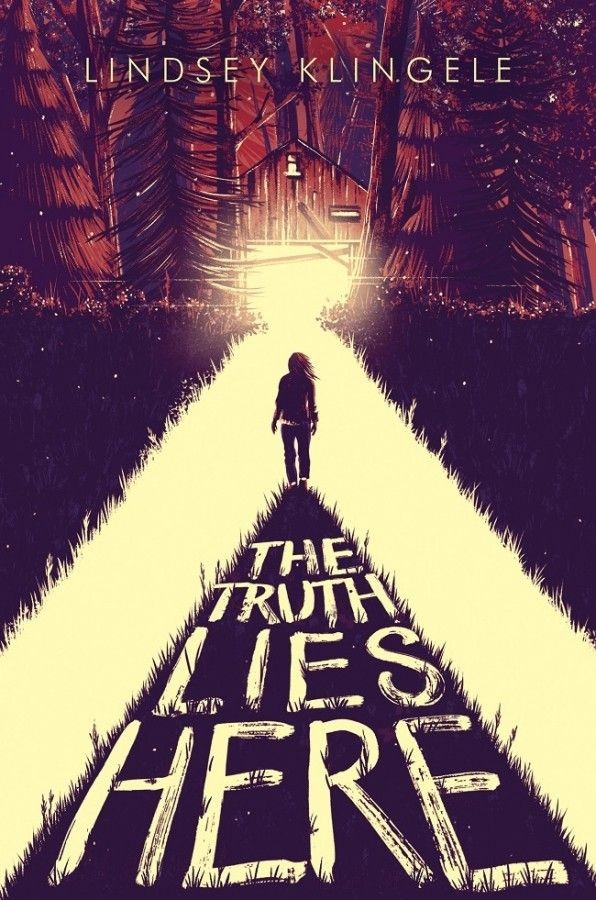 This story is about a teenage girl named Penelope, or Penny, Hardjoy. In the exposition of the story, she comes back to her childhood town of Bone Lake, Michigan to write an article to get into Northwestern College. She chose to write about the effects the old plant shutting down had on the community. While there, she reconnects with her old childhood friends and enemies such as her geeky friend Dex, the star quarterback Micah, and ex-best friend Reese who still holds a childish grudge against Penny. Micah’s father, Hal Jameson, was the worker at the plant who caused a “human error” accident, getting himself killed and shutting down the industry. The main conflict is when Penny’s Dad, a writer for the article, Strange World, was supposed to pick her up from the airport, but ends up missing. Everyone believes he is off chasing another fake story for his writing. When Penny was little, she believed everything her dad told her about the creatures and strange happenings in the world, but has since learned of her father’s true motives; money. The main protagonists in this story are Penny and Dex as they search for clues about her father’s disappearance and the antagonist isn’t revealed until the end of the story.

The story starts off with Penny coming to Bone Lake for the summer from her mom’s house in Chicago and discovering that her father has vanished. She, like most other people, believes that he is off on another adventure for his work, but her old best friend Dex, suspects foul play. He had been working with Ike Hardjoy on his research and was worried about him. The rising action of the story starts when Penny decides not to become paranoid about it and starts on her mission of interviewing people for her article about the old plant that shut down, putting the town into a depression. Everyone she interviews gives the same response, “Best not to think too much about it.” She finds the verbatim very chilling and suspects something odd happening. Later, she runs into Micah, an old friend of hers, and gets invited to a party, where she runs into old friends and classmates of hers, along with Reese, a girl who she used to be inseparable with, but because of an old argument, now holds a grudge against Penny.

Suddenly, they stumble upon a deer, displayed in a grizzly manner, appearing to have been burned to death. Dex thinks that the deer is connected to the hiker that her dad found previously in the woods as they both have been scorched. Penny starts to worry about her father and ends up searching for clues in the woods with Micah, where they find the bodies of two missing teens, Bryan and Cassidy, both discovered in the same manner as the hiker and the deer. When they are questioned by the police, Penny receives an email from her father that she is sure was forged and decides to keep it a secret while the sheriff, also Reese’s father, starts looking at her father as a person of interest. Two agents also pop up in town and end up searching Penny and Micah’s houses for evidence against her dad possibly connected to the plant incident.

Throughout the story, Dex considers the Visitors, and old story that Penny’s father told about alien creatures coming to earth. They search an old meteorite crash site and find a camera that her dad had set up to take pictures in ten minute intervals which contained footage of the sheriff standing still and staring into space for hours. Eventually, Penny makes the decision to search the plant herself, and ends up finding a room with connections to her fathers research. She wakes up the next morning on her back porch with hours of her memory gone. Then, Dex and Penny follow the FBI agents to an old storage unit where they find her dad’s truck and listen in on a conversation about infected people. They then rush to find the sheriff as they believe that the camera footage showed he was probably infected and find his car open in the woods. They run into Reese and Micah, while also finding the sheriff unconscious and take shelter in the barn that is used for parties when they see fire coming.

Inside the barn, they find Penny’s dad chained up and he tells them that everything is Micah’s fault. Micah explains that his father never really died in the plant accident and that the government was testing on him for the effects of the meteorite chemicals. His father had stumbled into a restricted room and was exposed to the danger. He was so burned when they found him that they had declared him dead even though he wasn’t and when he escaped his casket, he looked for refuge in his wife and son as he knew the government wouldn’t let him be free with his knowledge. He says that his dad has been accidentally causing the murders simply by coming in contact with the victims. Micah then pulls a gun on them, which I think is the start of the climax of the story, because you are very unsure of Penny’s, and everyone else’s, safety. Penny’s father talks Micah down, and Micah leaves them in the barn. Penny and Reese escape and almost get killed by Micah’s father, finally killing him with Micah’s gun and restoring peace. In the falling action, the agents try to cover up the whole story and in the resolution, Penny’s father comes home and they settle an old dispute over why he chose work over his marriage and daughter.

Based on the ending of the story, I believe that Micah is the antagonist because he kept the dangers hidden and protected his father even though he knew it would get people killed. He also almost killed Penny and everyone else in the barn with the gun for knowing too much information.

One connection to another story I thought of was the similarities to A Wrinkle In Time by Madeleine L’Engle as in the story they thought that Meg’s dad was gone or missing because of his scientific work, and he ended up being trapped in danger. They go on an adventure to find him, sort of like they do in The Truth Lies Here.

I give this story five stars because I enjoyed the suspense of the story and the mystery of where her father is and his connections to past incidents in the town. It was interesting to discover all of the background to Penny and her hometown along with the great surprise antagonist at the end of the book.

Thanks for listening to my review on The Truth Lies Here by Lindsey Klingele.