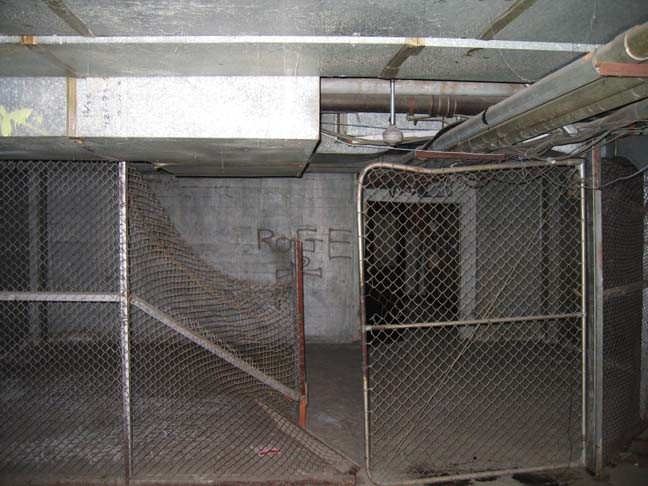 Just a normal day is what the tall boy assumed it would be like, but this evening was already going downhill by the sounds of it. With an echoing snap of his fingers, he felt his body turn cold as he began to fade. He turned invisible with ease, and approached the dark wooden door. It had two large black locks on it, much like a haunted mansion you’d see in a cliche horror movie. Everything was perfect and right in front of him. If he had just to open the door without anyone hearing, this would be fine. Then he remembered, he could faze through walls while using his magic. Soon enough, he was inside the dimly lit home. He heard nothing, and everything was too silent for his liking. Shrugging off the weird feeling he got, he continued his journey through the house looking for the office while snatching anything that caught his eye.

When he couldn’t find the office he made his way up the stairs in hopes that it was on the second floor. Reaching the top of the steps he was about to continue the search when a small thump from above him brought his attention from his task. He looked for a latch that would allow him access to what he assumes is the attic. He finds a cord hanging from the ceiling, he took it in his hand  and gave a strong tug on the cord, a part of the ceiling swung down slowly unfolding worn wooden steps leading to a dark space above.

Curious, he stepped up onto the steps and slowly made his way up. When he got to the top, he couldn’t help but notice how loud the steps were. Must’ve been an old house. He walked into the darkness, searching for a light switch that could clear the black void that filled the room. Something had hit him in the nose, causing his invisibility to go off track. He went back to his original self, feeling around for what had hit him. It was very thin, string like thing with a hard tip. He grasped his hand onto a long string, then pulled on it to reveal that it was a switch. It clicked on a small light that was on the ceiling of the attic. Looking around with a quick glance, he saw that there were galores of old items and storage boxes. One thing that definitely caught his eye was a old wooden chest that was hidden behind a few packed up cardboard boxes. He stepped towards it, before quickly perking his head up to a sound. It was a soft cry of a girl.

He turned toward the darkened corner of the attic looking for another string to turn on another light. Finding nothing he was quick to pull out the small flashlight that rested in his back pocket along with a switch blade that he grabbed too just in case. He clicked the button on the back of the metal tube hearing the click-click noise it makes before the tip light up sending out a orange-yellow tinged light that illuminated the dark corner. It said corner he discovered a lightly tinted glass cell more like a cage. Inside, sitting in the back corner was a girl with curly striking silvery-white hair that looked golden from the light of the flashlight it cascaded down her side and laid on the floor gently. The girls face was tilted up so he could see her face but her hair covered most of her face so he could only make out the outline of her high cheekbones, small button nose and full lips.

The man blinked out of confusion, quickly rushing over to the cage and immediately looking for a lock. “Now how did ya get here…?” He mumbled as he scanned the bars. The girl shyly looked up at him and said nothing but a small whimper. The man looked back at her, then found the lock and pressed his palm onto it. After doing so, the lock heated up and eventually clicked open, falling off. The girl said nothing once again, watching the cage door slowly pry open. The man sighed. “Well, it’s open. Leave.”

The girl quickly shoved her way out of the cage desperately, elbowing her way away from the man. When she stood in the light provided by the attic he noticed that she had a pale olive complexion that contrasted her hair drastically but yet it worked so well she was tall,  looking about five or so inches shorter than him, she had an athletic build, muscular arms and he could see she had a well toned stomach from the giant rip in her shirt ,which really wasn’t a shirt anymore more like a tattered rag. Her hair had moved out of her face from her quick movements so he could see her whole face now. She had an angular face with high cheekbones and a sculpted jawline. He took notice of her eyes, he could tell that she had a condition called heterochromia iridum or just heterochromia in her case her left eye was a brilliant green- blue color while her right eye was the same color but a section of it was a bright silver color that matched the color of her hair, she also had a light dusting of freckles on her face that was barely noticeable but with his slightly advanced vision he could see them. Her full lips were a pale rose color and chapped. He had to admit she was beautiful.

As she looked around he noticed the way that her thick  curly hair, that he could tell was natural by the way the flowed, framed her face and swished along her hips.  The guy just watched as she made her way toward the wooden chest he was going to investigate before he discovered her. He watched as she pushed the cardboard boxes out of the way and flicked up the latch to open it. She opened the top with ease and from where the man was standing he could not see what was in the chest, so he cautiously stepped toward the girl and tried to peer into the chest but before he could get close enough the girl took something from the chest and pointed it at the man. He took a step back when he noticed it was a double edge sword and it was pointed straight at his throat. A threatening  “Don’t. Move.” left her lips and he noticed her accent that was much like his own. She sounded like she could be angel, her tone sharp and dangerous yet at the same time rich and sultry.

The man put his hands up before speaking in his raspy and deep voice. He was shocked, don’t blame him, but he knew he could easily get out of this situation. “Yes Captain.” He teased. The girl just glared at the other and brought the weapon closer, just grazing the soft skin on his neck.

“I won’t hesitate to slit your jugular into millions of pieces, then spit on your cold blood, claw open your insides, and rip out your rich vocal cords and devour them…” A grim frown grew across her lips as she narrowed her eyes. “Will you take that as an order from your Captain too?” Her eyelashes fluttered as she fake smiled.