The Special Flamingo and the special day went something like this… 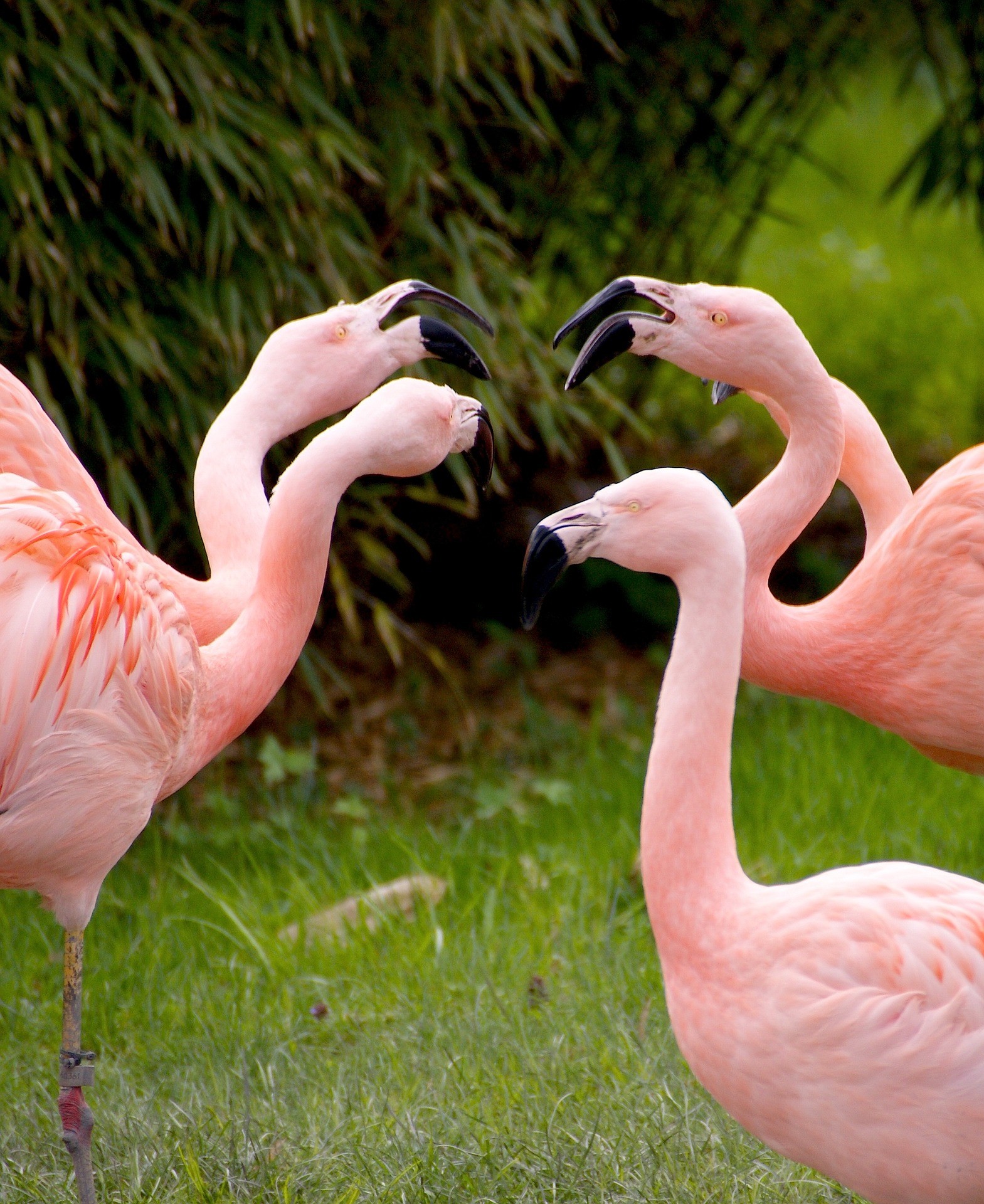 As I woke up to a flamingo squawking I realized it was feeding time. It seems mom thought so to. “Wake up sunshine! We got a busy day today and the flamingos seem hungry.” Being the daughter of a zookeeper is hard sometimes. Hanging out with animals is fun, waking up with the animals is not. “You gonna feed em’ or not?” I responded in a raspy voice, “I’m coming.” When I got to the Flamingo enclosure people were standing all around. Probably waiting for the 11:00 feeding. I grabbed a bucket of fish and started smiling and waving and then one by one threw the fish into the noisy flamingos mouths. I wanted to make it fun and let someone help. “I need a volunteer!” I roared to the audience. Then a little girl caught my eye. “Oh, oh, pick me, pick me!” I walked over and said, “I’ve found my volunteer!” I slowly brought the little girl over to the flamingos. She then questioned, “Who’s the flamingo in the corner?”  “Oh,” I said, “That’s Ted, the flamingo that won’t come eat from my hands. We give him a doggy bowl of fish instead.” The look in the girls eyes was determined, but only for a second. I was about to bring her back to her mom when, “Wait!” she yelled. There was one last fish in the bucket. “I want to go feed Ted.” she seemed so confident. I then said, “He doesn’t eat fish from our hands remember?”   “Let me try.” I couldn’t deny her, so I walked her over to Ted, who was still alone in his corner.  She walked up to him and I was about to follow when, “SQUAWK!” Ted screeched. Then the little girl said, “Ted doesn’t want you any closer. He is scared you’re like your mom and will take him away from his home.” The girl grabbed the fish and fed Ted. Before she left she said, “I’ll be back tomorrow to feed and talk to the penguins!” All I remember now is that moment with the girl who talks to  animals.

Inspired by this IDEA WRITE YOUR OWN POST ABOUT THIS Read more from Mrs. MAJESKI's Class