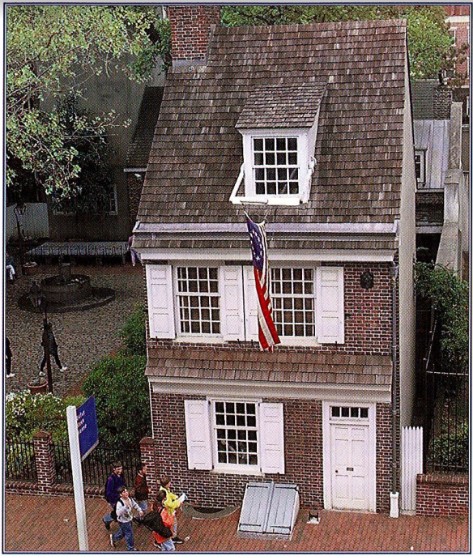 Betsy Ross grew up in Philadelphia Pennsylvania on January 1,1752. Her childhood was the same as the rest of the Quaker children in Pennsylvania. She wore the same cloths as the other Quaker girls a gray dress and a white cap and apron. Then when she got older and married two times but they both died, then the third one was not a Quaker and you can only marry a Quaker if you are a Quaker. She did not listen and married John Ross. They got married in New Jersey after a long day of work and the next day she was disowned by the Quaker group and her family. When she was way older she became blind and had to move out of her upholstery shop and live with her daughter. Later in life she died a peaceful death.