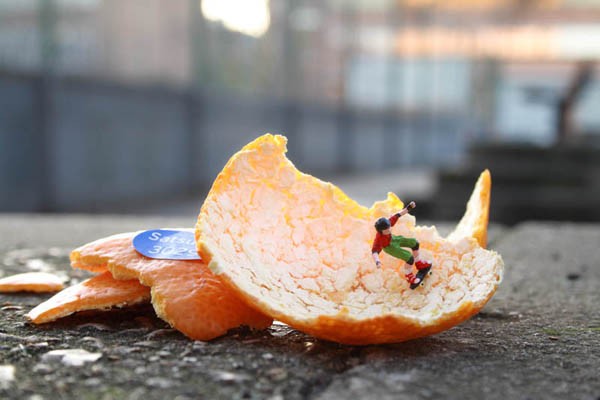 So once it was a normal day in middle school and then there was a announcement the announcement was about a shrink gun and if anyone had saw it that they take it to the office. there was also a reward if you found the shrink gun you would get an award the award was a pencil case with new pens, pencils, and 2 erasers.

After the announcement the kids would look for it at recess and try to find it under the play set after they just gave up as soon as class was about to end the kids where doing there work before they left the teacher had said to put there stuff away when they finished they waited for the bell to ring when it rang boom! the teacher had shrunk them in to little tiny kids.

After that happen the teacher left to go enjoy the day but mr puente didn’t take the shrink gun with him he left it in his desk after about 2 hours the kids start to look for each other after a little while gio finds andrew then gio and andrew go look for daniel and the other kids.

Andrew and Gio go look for him and they see him he has been caught by one of the bugs andrew and gio find something to scare away the bug.

After looking for 10 minute they find a crayon Andrew and Gio pick it up together and the throw the crayon at the bug the bug goes running off now Daniel is safe now they need to find the rest of the class so they find the other kids and they see another bug so all of them grad the crayon and they break it in half and they split up when they split up the groups defeat the bugs.

Now they have to look for the shrink gun the kids split up again one group goes one way and the other group goes a diffrent way after 2 hours of looking the janitor comes to vacuum the kids run to under mr. puentes desk as they climb his desk andrew and gio spotted the shrink gun andrew and gio shout we got it! then the janitior is done vacuuming he leaves for the night.

Then the kids see hes gone they shrink back to normal and they wait for the next day. after there long sleep they get awoken by the teacher mr. puente he sees they are back to normal gio wakes up and shrinks mr. puente he finds a jar and he puts him in the jar then gio wakes up the kids after he wakes them up he takes the shrink gun to the office and they take mr. puente to and after they gave it to the office they get there award. the kids then go on to have a substitute and they get finished and go home the end.

Inspired by this IDEA WRITE YOUR OWN POST ABOUT THIS Read more from Mr. Puente's Class