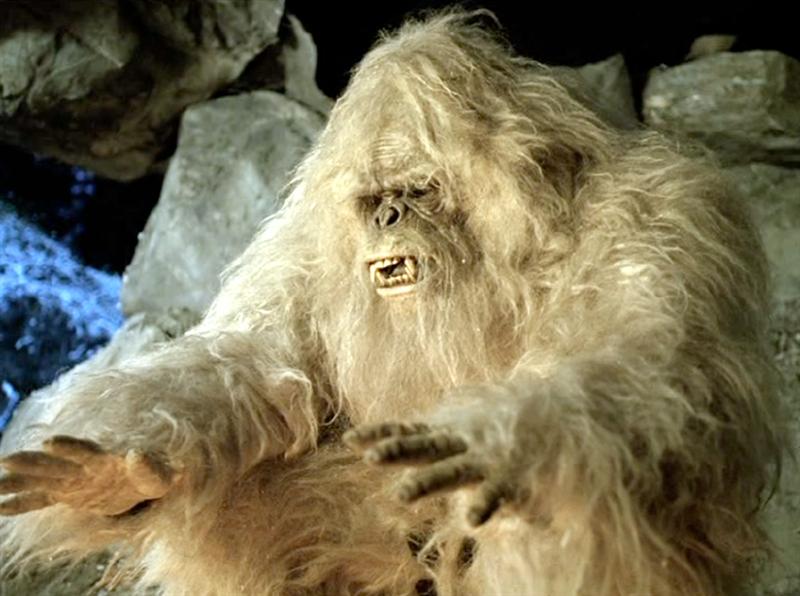 Hello my name is foolsdsjjdk or in human language oog. I live in a cave high up in a mountain and this cave is full of yetis. And yes I am a yeti. in this cave high in the mountains there is a very old very wise yeti. he tells a story of a creature, sort of like us but very small and not that hairy. And the story goes like this.

Once long ago there was a curios yeti who was tired of living in his cave so one day despite his friends warnings he set of. it was colder outside the cave but he was prepared for this and was wearing a big heavy coat. soon he encountered another problem. Food. Still he was prepared and he snacked on berries and wild flowers. soon he was more than half way down the mountain. But just as he came to a corner he heard voices. Unlike he had ever heard. He hid in a nearby bush and peeked through and what he saw on the other side was shocking. It was little tinny people. but not yeti people they were not hairy and they were not big. and one was holding a little black box. And he seemed to be talking to it. he was saying something like. “and here we are on mount everest!” mount everest was he talking about the mountain? suddenly he wiped around and stared right at him! the yeti was caught off guard and stumbled backwards and tripped on a log! “AAAAAAHHHHHHHHHHH!!!!!!!” yelled the little person “AAAAAAAAAHHHHHHHH!!!!!!!” yelled the yeti. all the other tiny people wiped around and all yelled “AAAAAAAHHHHHHH!!!!!” the yeti ran the little people ran to. “My sock!!!” yelled the one with the little black box pointing to a little thing on the ground. “Leave it!” yelled another and they all took of. The yeti ran and ran and he didn’t stop until he got to his cave. “EVERYONE EVERYONE!!” he yelled and hundreds of shocked looking yetis looked out of their shops and little caves. “There are little creatures on the mountain and they speak weirdly and and and!!!!!!!” “Whats going on??!!?” asked the head yeti. “foolsdsjjdk says there are weird creatures on the mountain!” said a scared looking yeti. “What?” said the head yeti “but this mountain has been quiet for years why would there be anything here now?” “well sir…” oog started “Do you have proof that these creatures are real?” asked the head yeti. “no but…” “no foolsdsjjdk if you do not have proof than I do not believe you.” “Fine” said oog “if you want proof I will get proof.” And so oog set off again and eventually he came to the corner where he had seen the creatures last. he listened but did not hear the things so he ran into the clearing. he did not want to be here any longer than he had to. He searched the ground but did not find anything. He searched and searched but when he was turning around to go home something caught his eye. it was white so it blended in with the snow but when he came over and brushed the snow off it, he realized it was one of those things the one with the black box (phone as we call it) dropped. what did he call it? oh yes he called it a sock. what did this “sock” do? he noticed a hole in the top. hmmmmm he put his finger through it and. It fit on his finger! it was simple this must be a finger cover thing! He raced back to the cave “I have proof!! I have proof!!” he yelled the head yeti came out and he took one look at the sock (or as they called it finger cover) and gasped.

Inspired by this IDEA WRITE YOUR OWN POST ABOUT THIS Read more from Mrs. Wehrley's Class