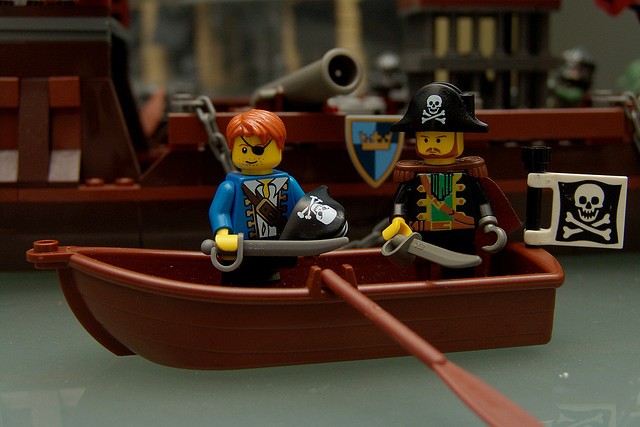 My name is Maya here´s the story of our I fought off pirates! I Remember I was walking along the seashore when I saw….a ship! a big one coming straight at me I had no idea what to do! I ran away far as my legs would take me and then… darkness. I woke up to see pirates unloading BOMBS! I rubbed my eyes and looked around I saw a sword stuck in a rock I tried to go to it until a pirate shouted ¨Look! someones over there!¨ All the pirates stared at me and then charged. I rushed to get the sword but it was stuck too deep in the rock I pulled and pulled but nothing worked! The pirates got closer and closer I pulled and pulled until the sword finally came out but then… SWOOSH An arrow came right at me! The pirates were almost right in front of me! I grabbed the sword and cut through the pirates and managed to get out of there. I found a nearby cave and stayed there for the night. The next day I went back to the beach to check it out… Then I saw it … there were hundreds of pirate ships on the shore! I ran behind a nearby tree, I was starving I figured earlier I had passed out from hunger, Quietly I walked away. I found an old fishing rod and went to a nearby lake. After a while of fishing, I went back to the cave I had found and started a campfire with some quarts I found by the lake. The next morning I decided to set up some traps outside,  I dug some 6ft holes and covered them with dirt. I went walking along the shore then I saw it… there were hundreds of pirates on the shore! I couldn´t do it myself I needed to find someone, anyone! I ran around as fast as I could until I found a small house with the lights on! I knocked on the door with my sword in hand in case t was something dangerous. A girl opened the door and shoved me in ¨WHAT ARE YOU DOING OUT THERE BY YOUR SELF?!¨ she yelled ¨I’ve been looking for someone to help me defeat the pirates!¨ she at me as if I was crazy, a little boy said ¨why would you try to defeat them, there are way too many!¨ I said ¨I´ve already fought off about half a ship I´m sure if we work together we can win!¨ After a while of silence BOOM! an explosion happened right outside! The girl opened the door and we went out the forest was on fire! The little boy and what looked like his sister grab some water buckets then… Almost 30 pirates came out of the woods! What will happen next? Wait for part 2 to find out!

Inspired by this IDEA WRITE YOUR OWN POST ABOUT THIS Read more from Ms. Moberg's Class