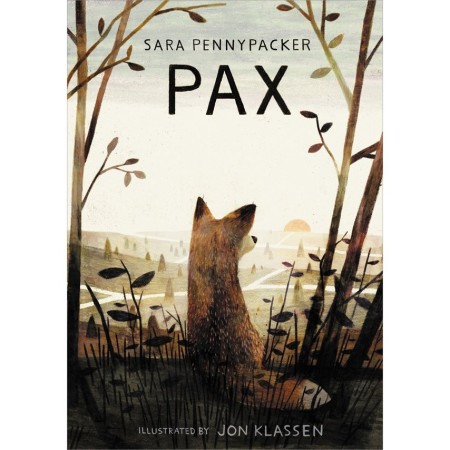 1.  Take a look at some of my favorite sentences from Pax and add a comment about the sentences you like explaining why you like it too.

“In the still woods, the only movements were bars of sunlight glinting like green glass through the leafy canopy” (6).

“The truck was green.  Not the growing green of the trees all around, but a dull olive, a color death might wear when it claimed these trees” (28).

“Actually, ‘slept’ was a wild overstatement, and when the first low sun rays stabbed his eyelids, he’d awakened cold and wet from whatever dozing he’d managed” (29).

“He heard the bone break- a soft, muffled snap- at the same time he felt the sharp stab” (54).

“As it spilled over a pair of stones, the current split and then reunited in a liquid silver braid” (63).

“But his father’s eyes had flared with that flash-fire anger, and his fist had jerked up, stopping only at the last split second to knuckle Peter’s cheek in a gesture that carried enough threat to set Pax on growling alert” (123).

Sometimes sentences need to be short.

“The pain scoured him hollow, left him without breath, like a kick to the heart” (276).

2. Try writing like Sara Pennypacker.  Use one of the sentences above as a model.

“He heard the bone break- a soft, muffled snap- at the same time he felt the sharp stab” (54).

My sentence- She smelled the chard sugar- sweet then smokey- just as the marshmallow burst into a blue and yellow flame.